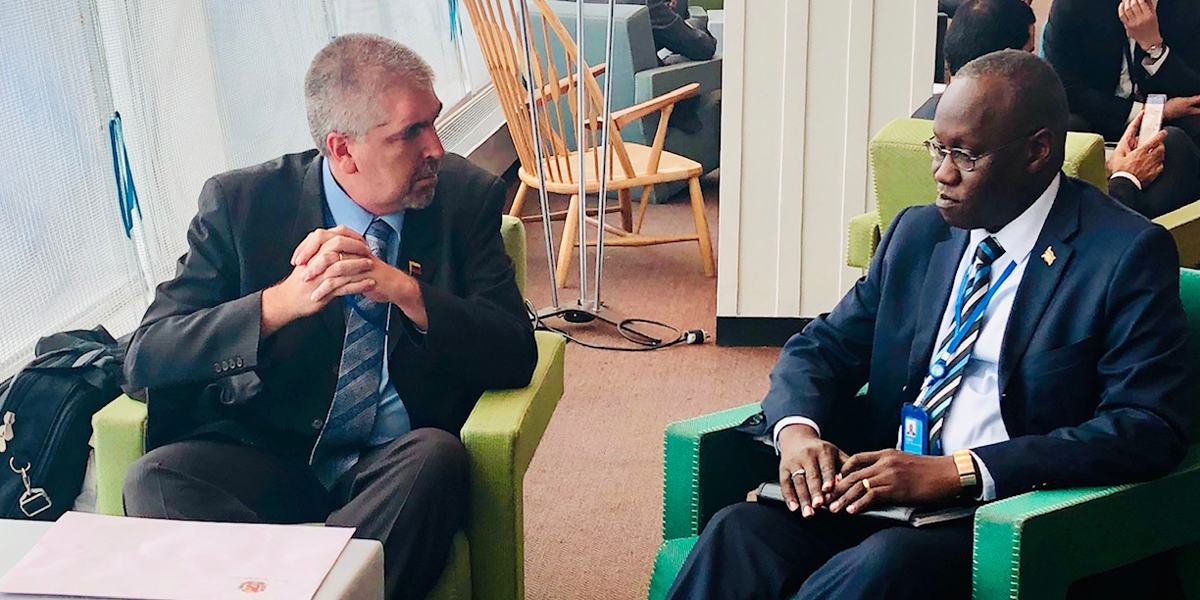 The meetings emerged with the aim of exposing the current situation of Venezuela in the face of the constant imperialist threats exerted by the United States government and its satellite countries, which seek to overthrow the Constitutional President of the Bolivarian Republic of Venezuela Nicolás Maduro Moros through a coup d’état.

The Vice-minister, Yuri Pimentel, also denounced the role played by the media in favor of the international campaign against Venezuela, “it is necessary to inform the world about the lies spread by the media about the reality of Venezuela and the attacks what it faces”.

The Vice-minister clarified that currently there is a climate of tranquility.

He also pointed out that it is necessary to alert the world about the consequences that derive from these unilateral coercive measures, which they are trying to apply against Venezuela, in violation of all the principles of International Law and the Charter of the United Nations.

The diplomatic meetings were held in the framework of the visit of Foreign Minister Jorge Arreaza to the United Nations (UN).