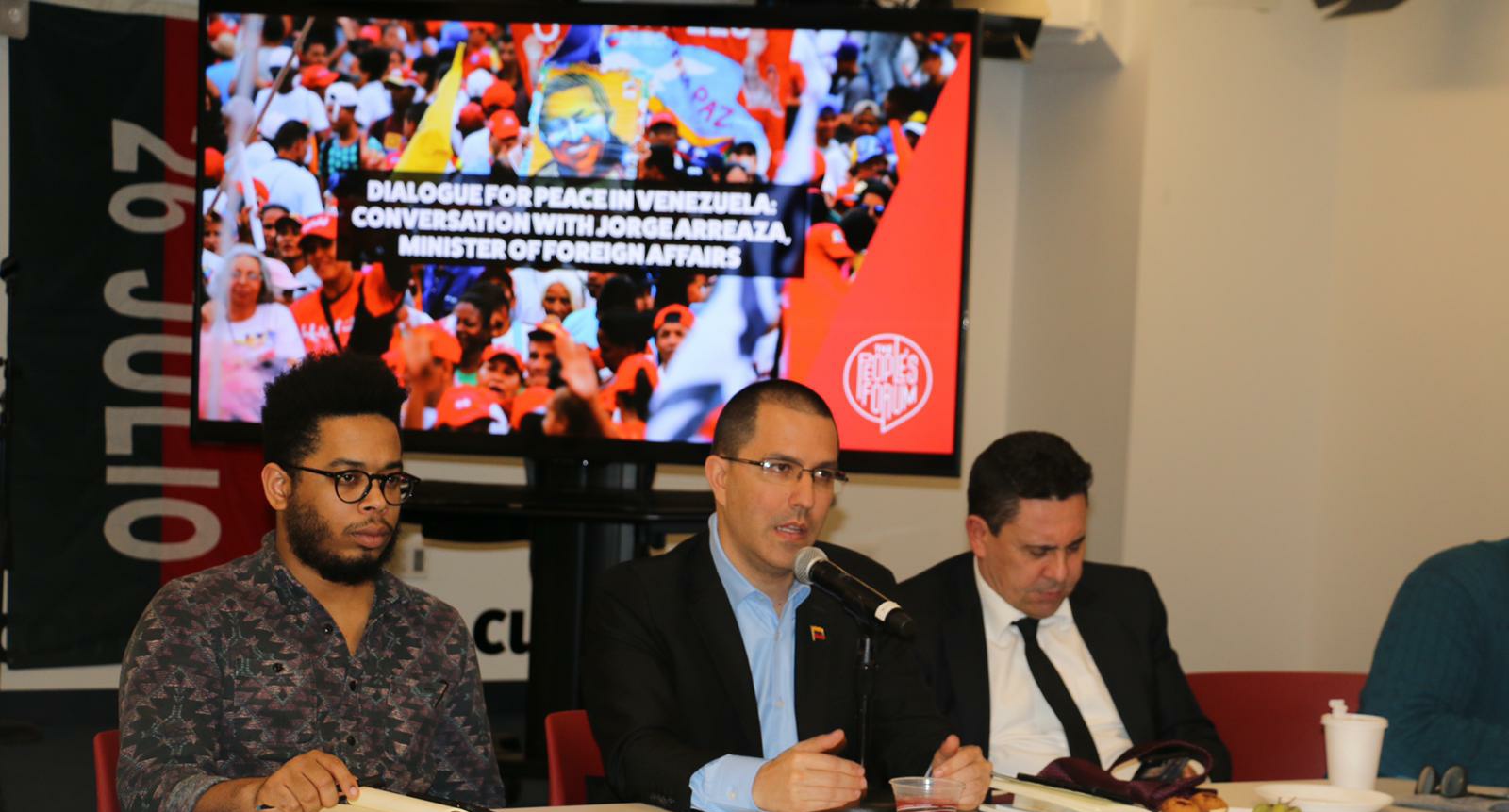 During a conversation with social activists, intellectuals and journalists from New York media, Foreign Minister Jorge Arreaza rejected the coup attacks and aggressions by the United States government against the democracy and sovereignty of Venezuela.

“There is a plan orchestrated from Washington to weaken our economic system through sanctions, and at the same time take over our natural resources”, he said.

In this sense, the Venezuelan diplomat explained the current situation on the country that has been manipulated by media corporations, through false news, to make the world believe that there is a situation of chaos.

“Venezuela is a free land that lives in peace, the people decided in the elections of May 20 for President Nicolás Maduro, he is the only one we must recognize (…) today we are in defense of our Constitution and the rights of the Venezuelan people”.

He also stressed that it is necessary to dismantle the media propaganda about Venezuela, which is part of the coup and colonial plan of Donald Trump against the Homeland of Bolívar.

The meeting, promoted by “The People’s Forum”, allowed to bring the truth of Venezuela and the people’s struggle against the constant imperial plans that seek to undermine democracy and national sovereignty.