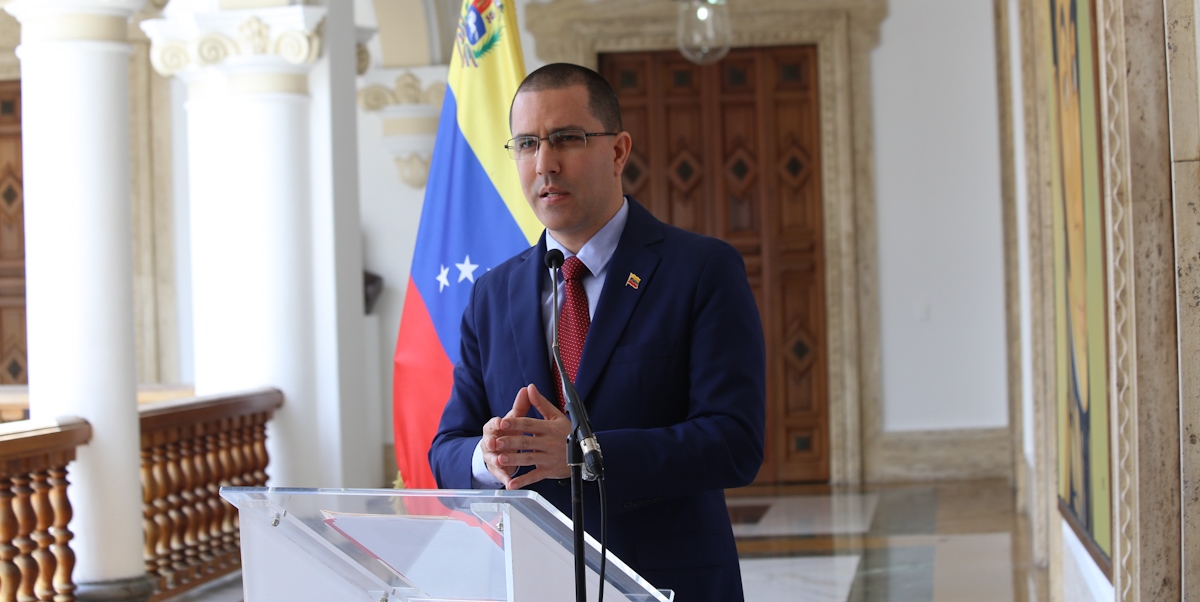 For the Foreign Minister of the Bolivarian Republic of Venezuela, Jorge Arreaza, the Montevideo Mechanism activated on February 6 with the intermediation of Mexico, Uruguay and 14 countries that make up the Caribbean Community (Caricom), constitutes an instrument of dialogue that respects the principles of sovereignty established in the Venezuelan Magna Carta, different from what the European Union (EU) proposes, through its so-called Contact Group, to impose an electoral process on the Caribbean nation delegitimizing the constitutional mandate of President Nicolás Maduro.

In an interview granted to the program Summary of the South that is transmitted by the radio station Residences of Argentina, the Venezuelan diplomat said that the Dialogue Mechanism that was established in Montevideo has as objective to bring the representatives of the National Government and the opposition in Venezuela, and Follow up on the conversations between the two parties in order to find a solution to the political conflict.

“The Montevideo Mechanism seeks to bring the parties together in Venezuela to then go on a productive dialogue and follow it up. They even named some facilitators such as Enrique Iglesias, Rebeca Grismman, among others. That is a mechanism respectful to the Venezuelan sovereignty that we see with good eyes, if it is wanted to be activated tomorrow we are ready”, said the FM.

During his speech, the Foreign Minister said that “at the whims of some Western countries” is intended to impose or force President Nicolás Maduro and an autonomous power such as the National Electoral Council to violate the Constitution by calling elections again, for this, laws establish periods and times for the realization of elections.

“It is not the Venezuelan government that must accept or not, it is the Constitution that marks periods and the time for election, however the Magna Carta contemplates forms of consultations, what remains pending is the election of the National Assembly , but it can not be the imposition, you can not force the President to violate the Constitution”, he said.

When asked about the “humanitarian aid” that they intend to enter the national territory, Arreaza recalled that the US government has blocked the Venezuelan economy with unilateral and coercive measures that are outside international law, which “have generated the loss of around 30 billion dollars in just a year and a half”.

According to the Foreign Minister, this political and media show aims to generate an open provocation for the Venezuelan military to revolt against President Nicolás Maduro, facts that are part of the actions that the national right has been executing since 2016 to pretend to destabilize the Bolivarian National Armed Forces (FANB).

“This is unprecedented in history, indeed our FANB is monolithically on the side of our Constitution and consequently supports the government that was elected by the people. The US government has always opted for a coup d’état, to buy consciences in the FANB”, he said.

Finally, he assured that Venezuela “is managing to consolidate the multicentric and pluripolar world with countries that do not submit to the designs of the United States such as Russia, Turkey, China (…) They are friends and brothers of the world who are willing to prevent the US to imposes itself, dominates the world and humanity to become an unipolar world”.