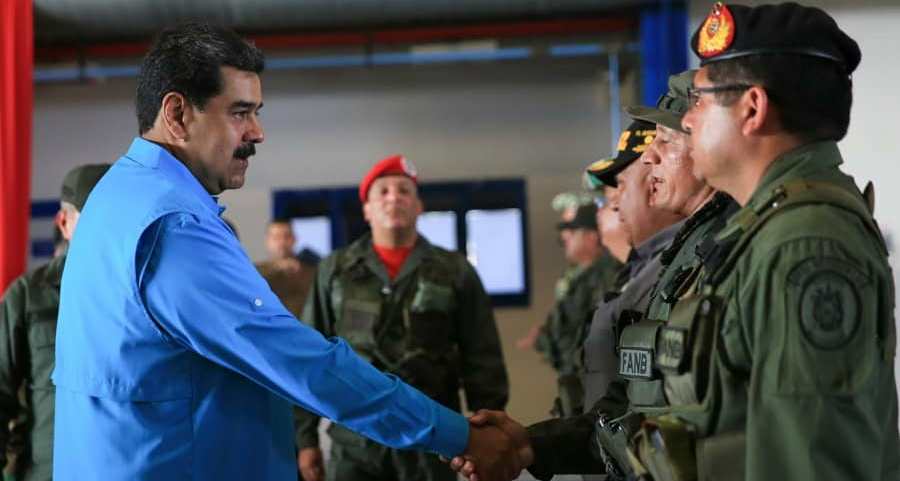 The President of the Bolivarian Republic of Venezuela, Nicolás Maduro, hailed and celebrated the meeting of the governments of Mexico, Uruguay and the fourteen governments of the Caribbean Community (Caricom), in Montevideo, which stands as the first meeting for help and promote a dialogue in Venezuela.

About the meeting, he indicated that “it has been a success”, from the military practices that he supervised this Wednesday in the state of Zulia.

In this regard, the Venezuelan leader ratified all the support for the four-phase plan which is being proposed by the Montevideo mechanism plus Bolivia, and thus, he announced the absolute support of the Venezuelan Government for all the steps and initiatives to facilitate the dialogue.

“We are ready and prepared to participate in a process of sovereign, constitutional dialogue for the search of a national agenda of dialogue, peace and understanding”, he emphasized.

The Commander in Chief of the Bolivarian National Armed Forces (FANB) valued and ratified his gratitude for the discipline, loyalty and permanent subordination of the present soldiers, because “a slogan has emerged from the heart that runs through all the people of Venezuela, in front of a desperate imperialism: Always loyal, never traitors”.

On the other hand, President Maduro responded to the call made by US security adviser John Bolton on Wednesday, who once again called on the Venezuelan military to take a coup and ignore the Constitution and put itself at the service of the White House.