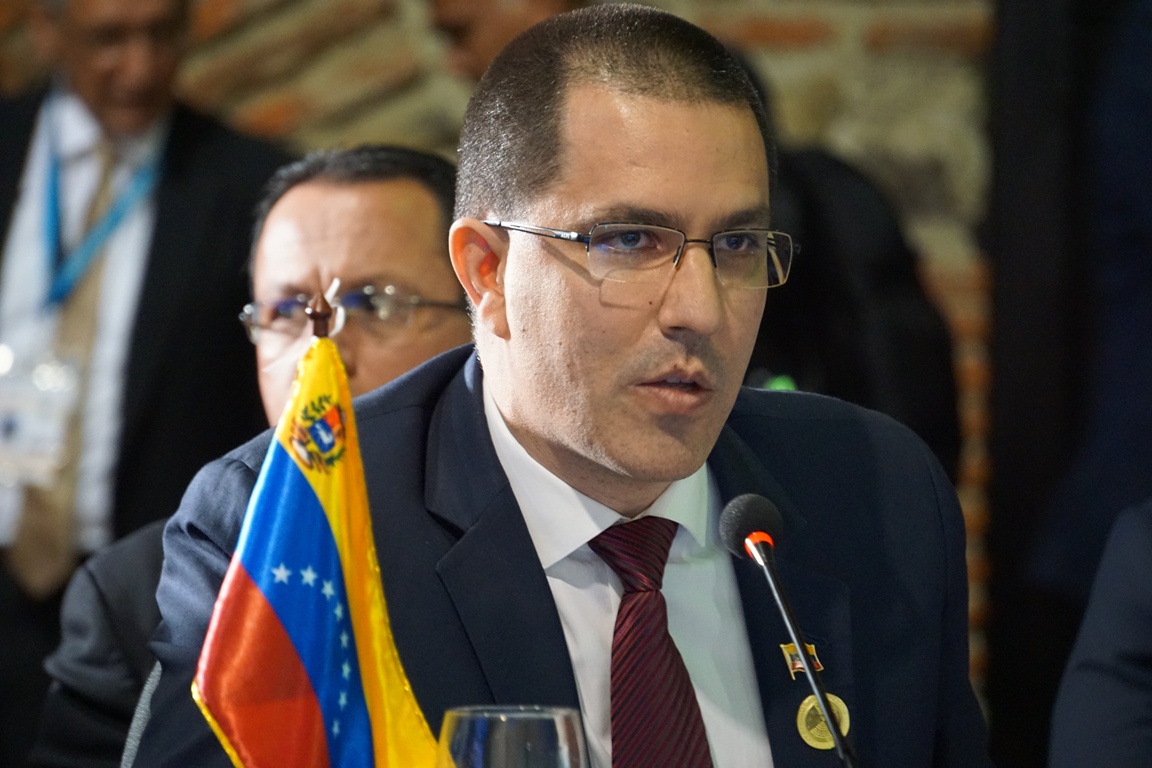 Foreign Minister Arreaza: US interventionist policy is part of the segregation of the supremacist elite

After the aggressions of Donald Trump against Venezuela in his recent State of the Union speech, the Foreign Minister of the Bolivarian Republic of Venezuela, Jorge Arreaza, criticized the interventionist policy of the US government that attacks sovereign countries such as Iran and Venezuela, actions that form part of the “segregation of the supremacist elite”.

Through his Twitter account @jaarreaza noted that “the defense of the wall on the southern border of that country, criminalizes immigration, thus returning segregation and racism to the US through the supremacist elite that came to the White House” .

Part of that supremacist policy has been overturned in the attacks perpetrated against the people of Iran, before which the Venezuelan diplomat said that “there is no sanction or blockade that can destroy the will of the free and sovereign peoples”, he said referring to the attacks of the Trump government against the Islamic Republic of Iran.

“One and a thousand times we express our support for the people and the State of Palestine, a people that fight, resist and defeat”, he said.

The FM added that the erratic policies adopted by the US government have been rejected even by the women who are now part of the United States Congress.

“As he does not realize that there are precisely more women in Congress today due to the rejection of their macho and misogynist policies. How many women are part of your cabinet? #TrumpLies”, he said.