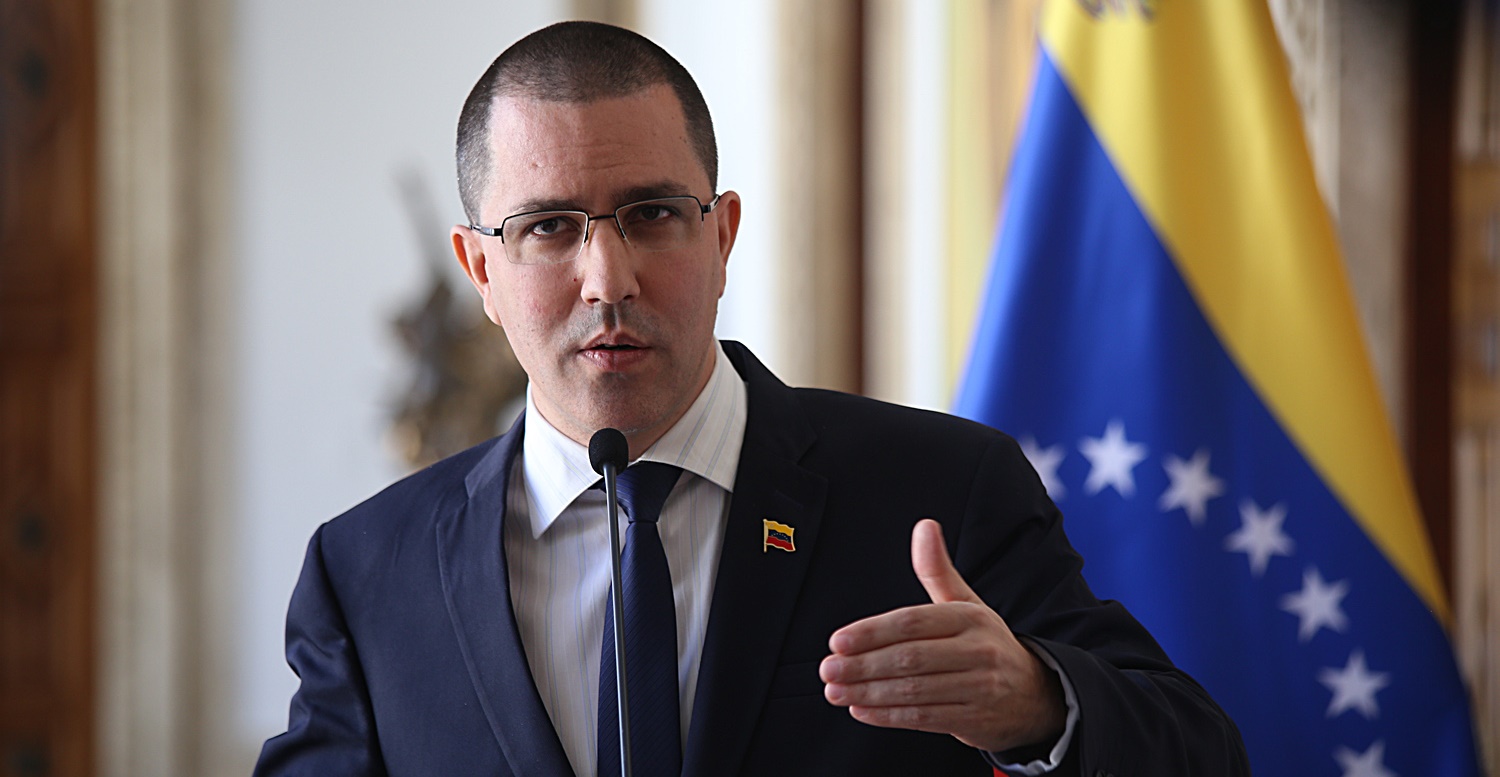 The Foreign Minister of the Bolivarian Republic of Venezuela, Jorge Arreaza, described as ambiguous the position assumed by some governments of Europe that recognize the self-proclamation of the deputy to the National Assembly in contempt, but simultaneously, maintain diplomatic relations with the ambassadors appointed by the government of the president, Nicolás Maduro.

In an interview granted to National Radio of Spain, the Venezuelan diplomat said that the decision adopted by the European Union is subordinated to a strategy of “warmongering” to which the United States is committed to intervene in the internal affairs of the sovereigns peoples.

“This measure did not surprise us at all, since a few years ago we have been denouncing the subordination of the foreign policy of most of the countries of the European Union to the foreign policy of Donald Trump. What we really thought at some point is that there might be a rectification and so, Europe maintained its autonomy in the face of the pressures, recognized even by Minister Borrell, that they received from those great centers of power”, said the FM.

For the Venezuelan Foreign Minister, it would be a serious mistake for the European community to jeopardize relations with Venezuela, because unlike the interventionist policies carried out by these governments, which are supervised by Washington, the Caribbean nation has always implemented a policy of protection against the community of European migrants in Venezuela as well as investments.

In this regard, Arreaza said that the US government is at the head of the coup, subordinating other countries to its interests, which is why he said that the National Government presided by the Venezuelan head of State, Nicolás Maduro, is focused on neutralizing the interventionist claims of the United States in national territory.

“Our focus, our center is Washington, from there the coup is being directed, from there they are subordinating the countries of Latin America and Europe. We are concentrated there dedicating our efforts, both to achieve a dialogue and to contain an intervention action in Venezuela”, he said.

Foreign Minister Arreaza assured that Venezuela is open to any kind of facilitation to resolve the differences between the political factors of Venezuela.

“We have always been open to any kind of facilitation, not mediation. In Venezuela we have permanent communication between the different political groups, what happens is that the opposition is always infected by the most extreme part of the right imposed by the government of the United States (…) For us dialogue has always been the way to address the issues and we value all those who want to help for dialogue. We always appreciate any support as long as Venezuelan laws are respected to help for a dialogue solution in Venezuela”, he said.

With regard to the fake news that media corporations handle about the political situation that Venezuela is going through, Arreaza affirmed that in spite of the destabilizing attempts “the country remains calm, in peace”, reason why, he does not conceive that the centers of power and the most radical spokesmen of the supremacist sectors of the US insist on altering the peace of the Caribbean nation.

“If the opposition wants dialogue, it is within the Constitution, if they want us to seek a way out, we will, but we’ll not accept pressures or threats of intervention nor forced situations that what they do is disturb the peace of the people”, he said. really thought