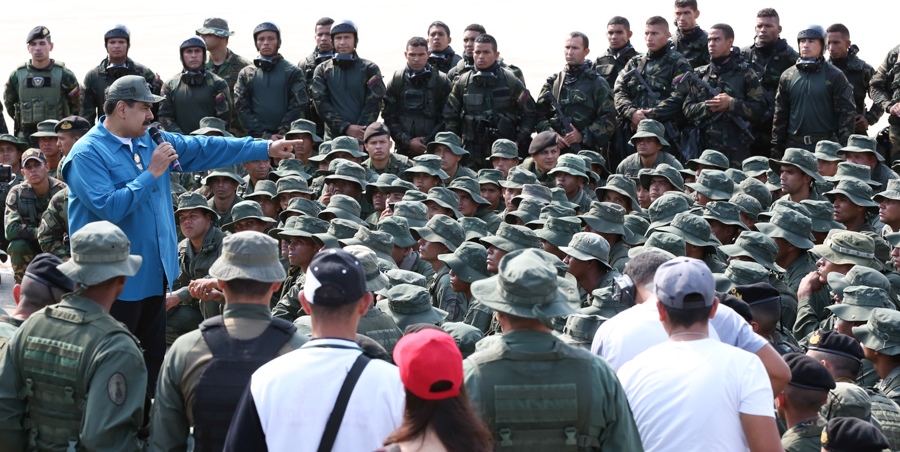 The President of the Republic, Nicolás Maduro, exhorted this Sunday the men and women of the Bolivarian National Armed Forces (FANB) to “assume with courage and responsibility the historical time” that Venezuela is facing.

“Everyone should know how to assume its historical time and responsibility and be worth to what we have to live and the values ​​that we have to defend as our parents did, who gave us freedom and identity”, said Commander in Chief of the FANB, from the Naval Base of Turiamo, in the state of Aragua.

Maduro said that the future of the sovereignty of Venezuela and its people depends on that courage. “Today it is decided if Venezuela becomes a star of the United States flag or continues to fly its tricolor with its eight free and sovereign stars, as it should continue”, he emphasized.

The Head of State condemned the position of the Venezuelan extreme right that this Saturday wore a statue of freedom, a symbol of the American empire, with a Venezuelan flag “smearing our tricolor.”

“They no longer hide what they have inside. They want to give our country to imperialism and local oligarchies. They want to dismember Venezuela, which is the cradle of freedom, of Latin American dignity”, he stressed.

Faced with this “surrendering” scenario of the opposition, he reiterated to the FANB the commitment with the nation between deciding “to be a homeland or a colony”, of imperial countries.

“We must decide between being Venezuela or being nothing; be a united people, a united Bolivarian National Armed Forces or disintegration, to be future from the present or to be the disappearance of this dream that is more than 200 years old”, he emphasized.