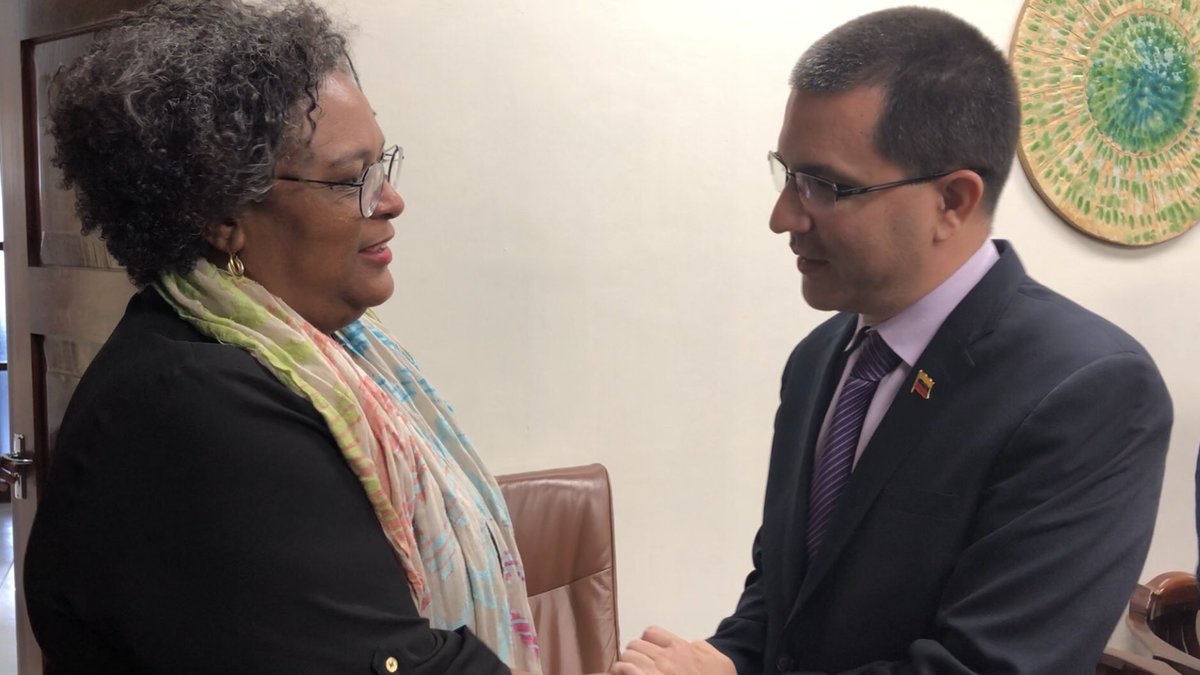 Strengthening of peace centers its work agenda between Venezuela and Barbados

Guaranteeing peace in the Caribbean region in the face of imperial attacks, as well as strengthening ties of cooperation, is the fundamental objective of the work tour carried out this Friday by the Foreign Minister of the Bolivarian Republic of Venezuela, Jorge Arreaza.

The Venezuelan Foreign Ministry through its Twitter account @CancilleriaVE reported that the diplomat holds a bilateral meeting with the Prime Minister of Barbados, Mia Mottley, who was part of the representatives of the Caribbean Community (Caricom) who attended the Organization of the United Nations (UN) to request the president of that organization, António Guterres, its intermediation to reactivate the dialogue mechanisms in Venezuela.

“In order to analyze common issues and guarantee peace in the Caribbean region, Foreign Minister Jorge Arreaza holds a bilateral meeting with the Prime Minister of Barbados, Mia Mottley.”

Meanwhile, the Prime Minister of Barbados in the face of the situation in Venezuela, motivated by the US interventionist and coup-seeking policy that seeks to plague the Venezuelan people, called for peace and solidarity in the region.

“The Prime Minister of Barbados, Mia Mottley, raises a message of peace and solidarity to the People and Government of Venezuela and advocates dialogue and peace in the region, so she let it to be known in her meeting with Foreign Minister Jorge Arreaza”, he said. .

This meeting that takes place in Bridgetow, the capital of the Caribbean island, seeks to strengthen the projects that both nations carry out for the development of the peoples.

“The review of projects and alliances between Venezuela and Barbados are part of the bilateral agenda that takes place between Foreign Minister Jorge Arreaza and Prime Minister Mia Mottley”, he says.