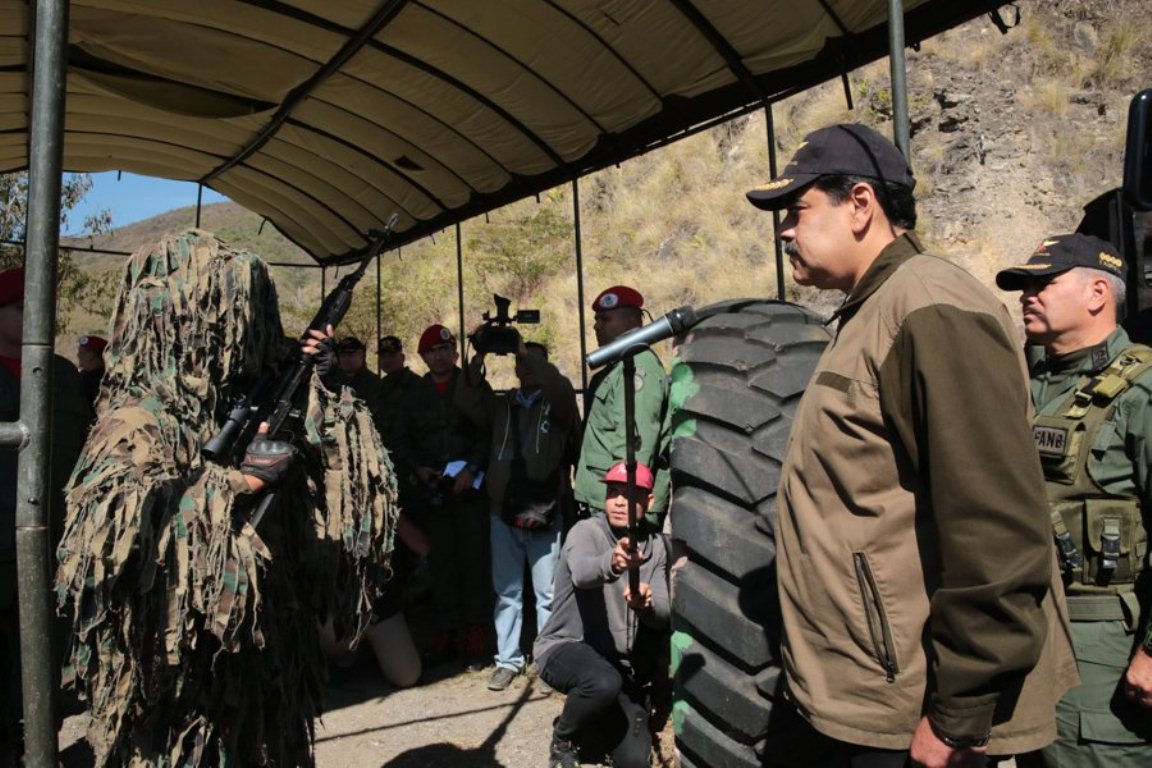 The Commander in Chief of the Bolivarian National Armed Forces (FANB) stands firm in an unrestricted manner in defense of the sovereignty of the country.

This was stated in his capacity as Commander in Chief of the FANB and constitutional president of the Bolivarian Republic of Venezuela, Nicolás Maduro Moros, when supervising the preparations and military march of the component of the Bolivarian National Guard for the military exercises “Soberanía 2019” that will start this next February 10.

“The FANB must know that as its Commander in Chief, I stand firm in the defense of popular sovereignty, of the Constitution of the Republic, the rights of Venezuela”, he asserted.

The demonstration was made by the highest Venezuelan authority to the men and women who make up the military ranks before their unwavering determination to defend, above all things, the self-determination that Venezuela has to be free, independent and to live in peace.

This is related to the recent interventionist acts to which the country is being subjected in the legal, financial and violation of international law.

“We are facing the greatest political, diplomatic and economic aggression that in 200 years has ever faced Venezuela as a Republic, the North American empire, the old colonialist powers of Europe and a handful of oligarchic proxy governments intend to put their hands over political power and wealth of Venezuela”, he pronounced.

Finally, President Maduro reiterated his firmness in the battle that Venezuela is waging against imperial interests and declared that this will be a struggle in which the truth and the dignity of a determined people to be free will come out victorious.

“I stand firm and I can tell you that we are also going to win this historic battle, we will be victorious, and we will say in the future it was worth fighting, we are the homeland of Bolívar that does not give up or knee to anyone”, he said.