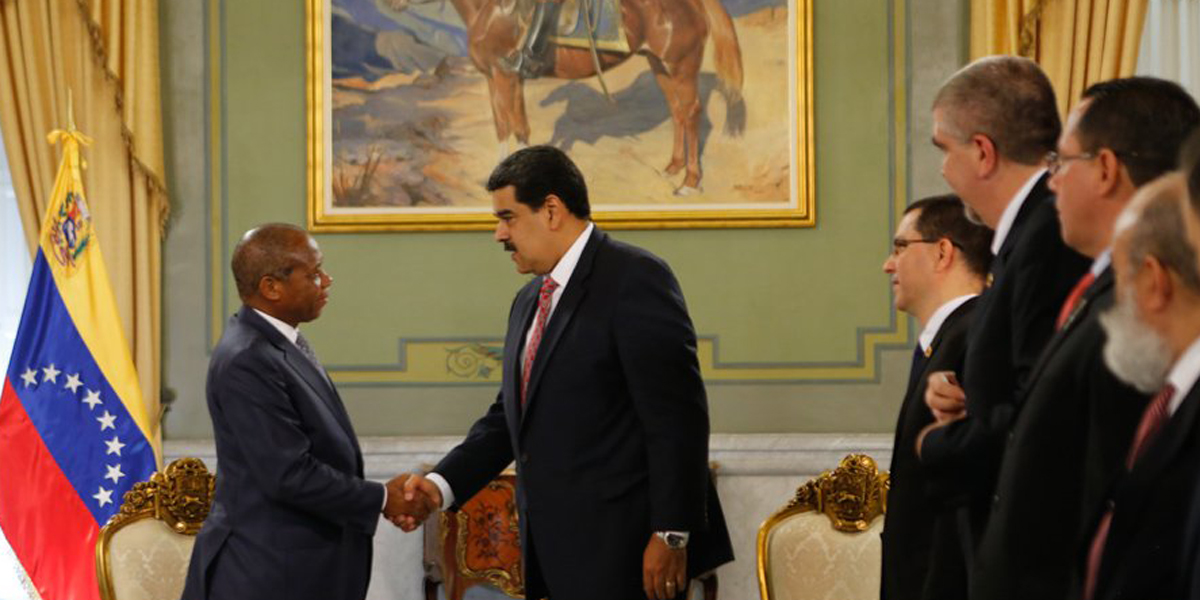 At the ceremony held at the Miraflores Palace, the Foreign Minister of the Bolivarian Republic of Venezuela, Jorge Arreaza and the Vice-ministers of the People’s Power Ministry for Foreign Realtions also participated: for Africa; Yuri Pimentel, for the Caribbean; Raúl Licausi and for Asia Middle East and Oceania; Rubén Darío Molina.

In September of last year, Venezuela and Suriname had anticipated the common disposition to continue strengthening their ties of friendship and bilateral cooperation, in a meeting held by the foreign ministers, Jorge Arreaza and Ylidz Pollack-Beighle. The following month the governments of both countries collaborated energetically with the realization of Mission Miracle, for the attention of the people with less resources.

At the last meeting held by the Vice-minister for Asia, Rubén Molina and his counterpart, Sengphet Hounboungnuang, it was agreed to continue with the bilateral dialogues in order to analyze the common objectives of cooperation and consular matters.

Both countries maintain close friendly relations and are part, in addition to the ALBA-TCP, of different regional integration mechanisms such as Petrocaribe and the Community of Latin American and Caribbean States (Celac).

Similarly, the Bolivarian Diplomacy of Peace, in the framewok of the Economic Recovery and Growth Program, led by President Nicolás Maduro, investigated in mid-2018, on the potential and opportunities of business with the Mozambican provinces in search of agreements that include a Venezuelan region that promotes its agricultural, tourist, mining and construction characteristics.

On different occasions, President Nicolás Maduro has given continuity to the Africa Agenda through a new model of international relations initiated with Commander Chávez and which provides an organizational mode of South-South relations and cooperation with African countries.