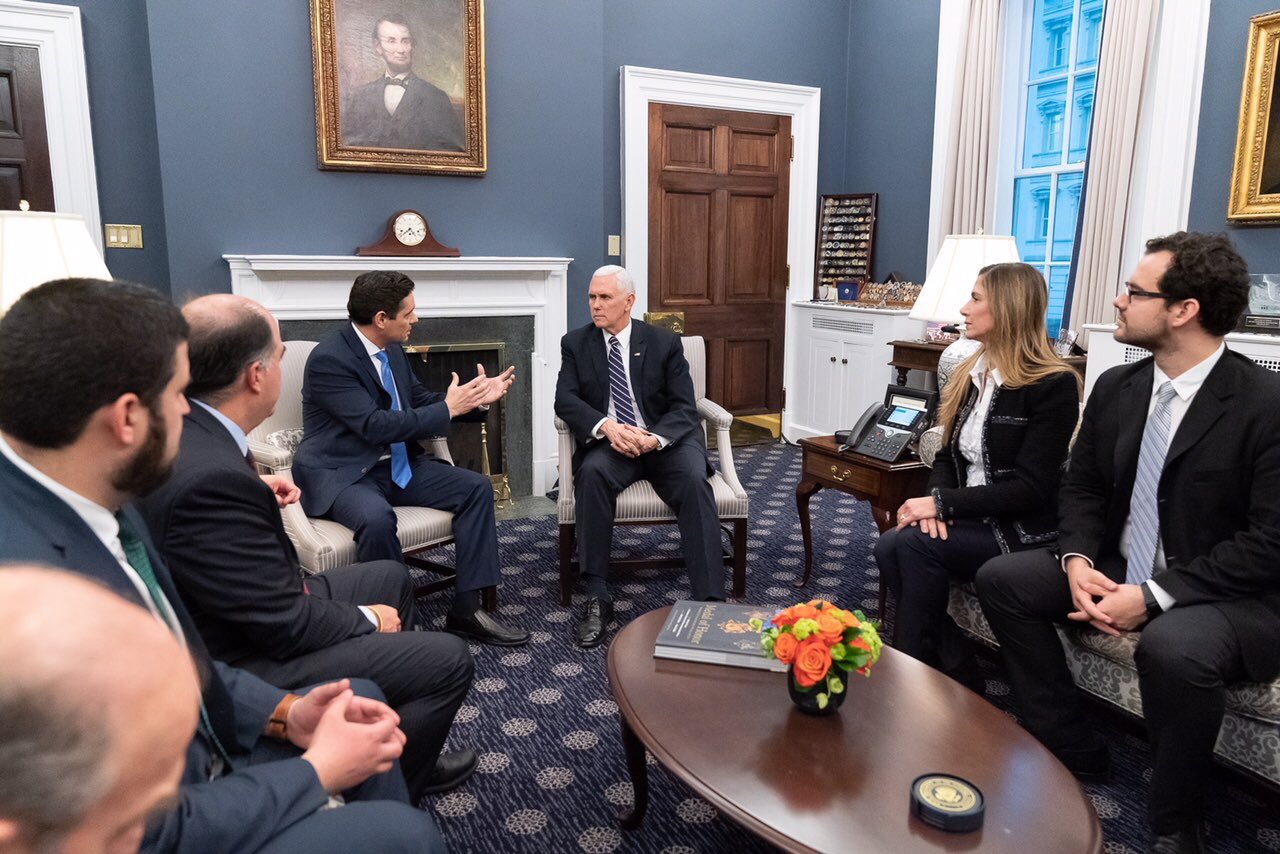 The pretensions of the US government to execute a coup in Venezuela with the support of the Venezuelan opposition to overthrow the constitutional government of President Nicolás Maduro, are aligned to the seizure of the wealth of the Caribbean nation, including oil, assured the Foreign Minister of the Bolivarian Republic of Venezuela, Jorge Arreaza.

After the publication of some images through the Twitter account of the State Department of the United States where the vice president, Mike Pence, met with Carlos Vecchio and Julio Borges, the Venezuelan diplomat condemned the position assumed by the leaders of the opposition Venezuelan, who “negotiate the country without contemplation”.

And so they head publicly from the White House the Coup d’état. There is no doubt: Washington is at the forefront, Bolton confesses his oil objective and the unworthy Venezuelan opposition negotiates the Homeland without contemplations. Thankfully, “Many people are here!”, Published the FM through his Twitter account @jaarreaza.

Also, the US National Security Adviser, John Bolton, confirmed that the pretensions of his country is to seize Venezuelan oil, this according to the statement issued through a US media outlet in which he said that “it will make a great difference for the United States economically if we can have US oil companies really investing and producing oil capabilities in Venezuela”. 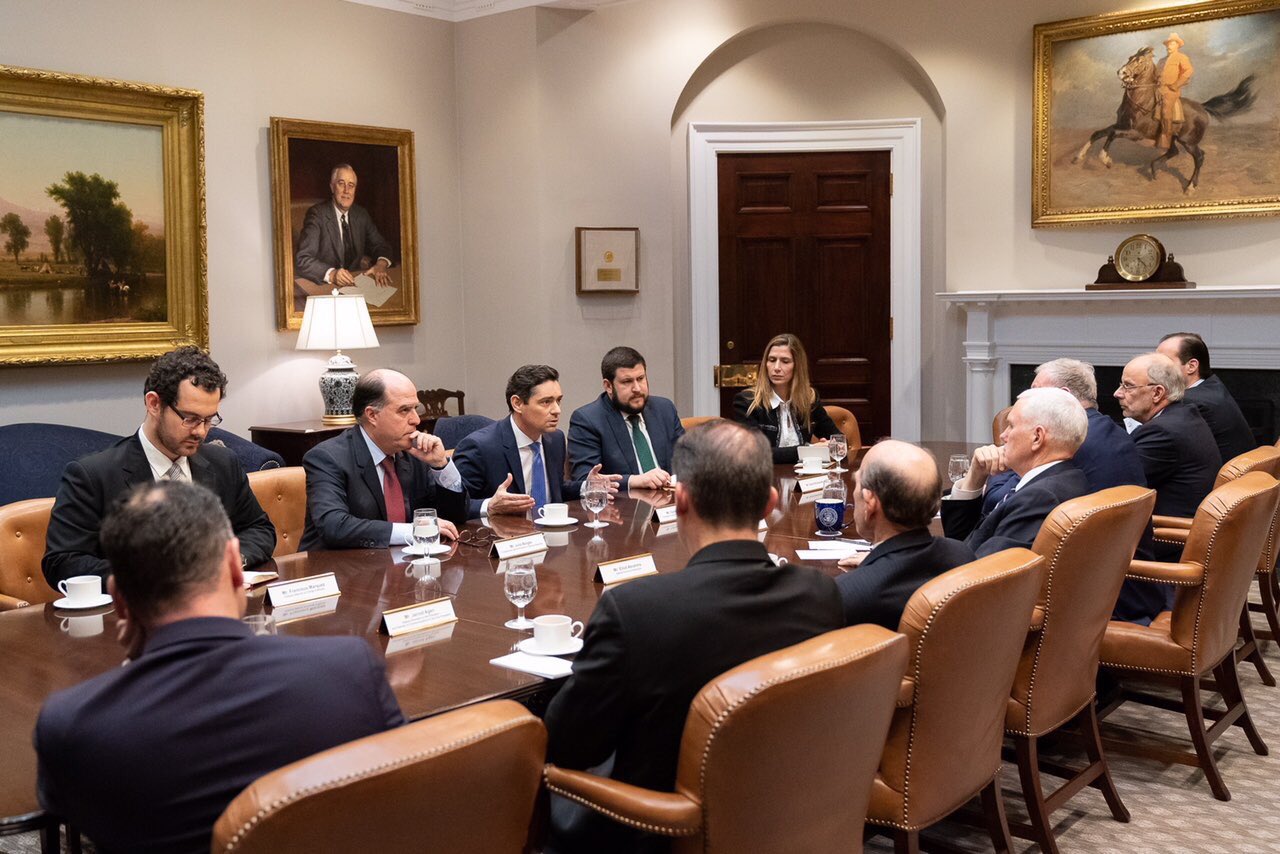