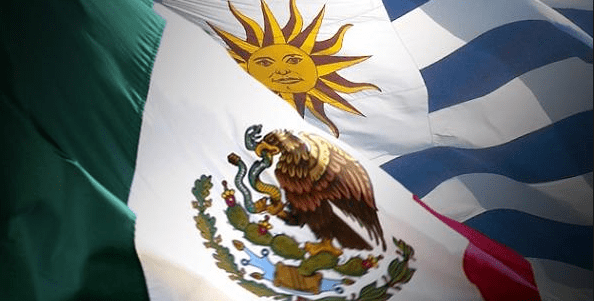 Through a communiqué, the governments of Uruguay and Mexico invited an international conference on the situation in Venezuela, with the aim of establishing a mechanism of dialogue that allows the peaceful solution of the situation that the Homeland of Bolívar is facing before a new coup attempt by the US government supported by sectors of the national right. It should be noted that the President of the Bolivarian Republic of Venezuela, Nicolás Maduro Moros, welcomes this initiative and reiterates that dialogue is the only way to resolve disputes, so he calls on all sectors of the country to move through the path of peace and understanding, path supported and encouraged by multilateral organizations such as the UN, Caricom, ALBA-TCP, as well as social movements around the world.

The Governments of Uruguay and Mexico, by virtue of the neutral position that both have adopted regarding Venezuela, have decided to organize an international conference with representatives of the main countries and international organizations that have shared this position in the face of this situation.

The purpose of the conference is to lay the foundations to establish a new dialogue mechanism that, with the inclusion of all Venezuelan forces, helps to restore stability and peace in that country. This effort responds to the call of the Secretary General of the UN, António Guterres, to bet for dialogue before those who deny that this possibility exists.

Both governments have adopted a non-intervention position, while at the same time they have expressed their concern about the human rights situation in Venezuela. Therefore, they have decided to call for an inclusive and credible dialogue that will solve once and for all the delicate situation that our Venezuelan brothers are going through.

The conference will be held on February 7 in the city of Montevideo, Uruguay, and it is expected that it will be represented by more than ten countries and international organizations. The Government of Uruguay is ready to work with those members of the international community who, like Mexico and the UN, wish to bet on diplomacy.