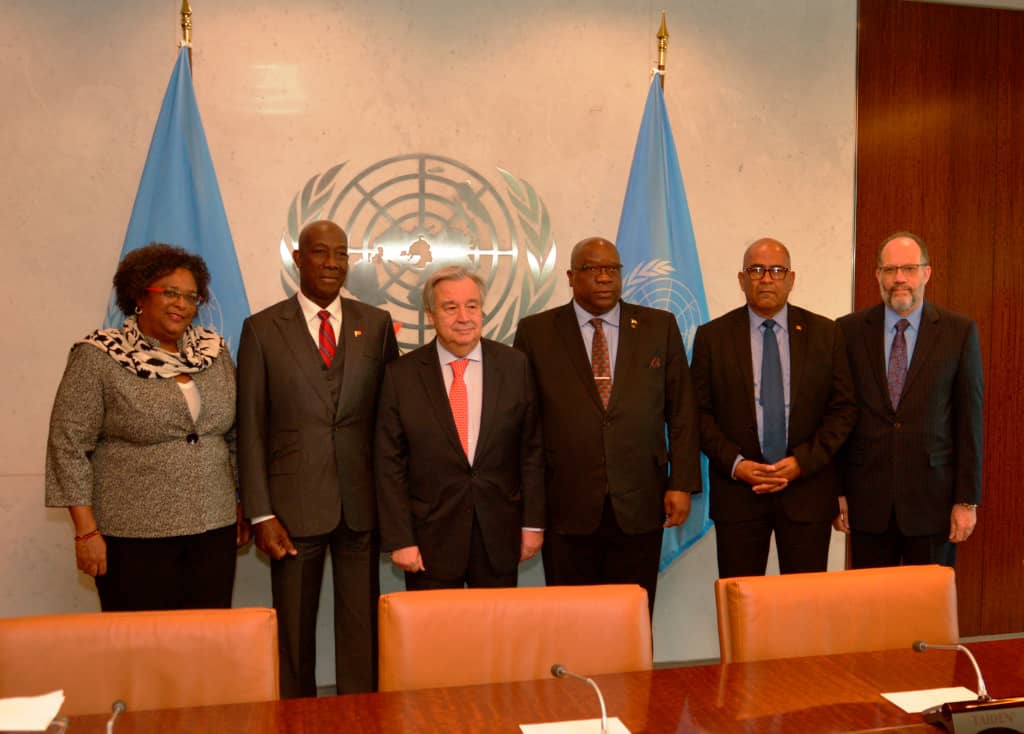 Venezuela appreciates the support of the Caricom Caribbean Community

The Executive Vice President of the Republic, Delcy Rodríguez, thanked the support of the Caribbean Community (Caricom) which rejected any form of interventionism in the internal affairs of other countries, as happens with Venezuela that is being besieged by the imperialists powers seeking the overthrow of the constitutional president, Nicolás Maduro.

“We thank the Prime Minister of Trinidad and Tobago @DrKeithRowley and the Heads of Government of CARICOM for their support to the people of Venezuela in rejecting any form of external intervention that could violate the peace and sovereignty of our country!”, The Executive vice president of the Republic, Delcy Rodriguez, said through her official Twitter account.

The Government of Trinidad and Tobago indicated that the United Nations (UN) is working to consolidate the dialogue in Venezuela, without interventionism or foreign interference, attacks promoted by the government of the United States.

The information was released by the Prime Minister of Trinidad and Tobago, Keith Rowley, through a video broadcast on the social network Twitter of the government entity.

“We believe that in the coming days there will be work towards dialogue so that the internal difficulties in Venezuela can be addressed without interference from those who may have a different approach”, Trinidad and Tobago reports in the social network.

We believe in the coming days there will be work towards dialogue so that the internal difficulties in Venezuela can be approached without intervention and interference from those who may have a different approach. – @DrKeithRowley pic.twitter.com/e5J6GVnSoG

With this decision, the Government of Trinidad and Tobago reiterates its position of non-interference assumed on January 25 before the Organization of American States (OAS), which abstained at the meeting to discuss and recognize the coup in Venezuela .

In that meeting, most of the member countries of the OAS did not endorse the resolution approved in Washington that endorses the interventionist and coup actions led by the US government against Venezuela.

Of the 34 countries that make up the organization, 18 did not subscribe to the declaration that was also approved by a minority of 16 countries, with the purpose of accentuating the siege against the South American country.