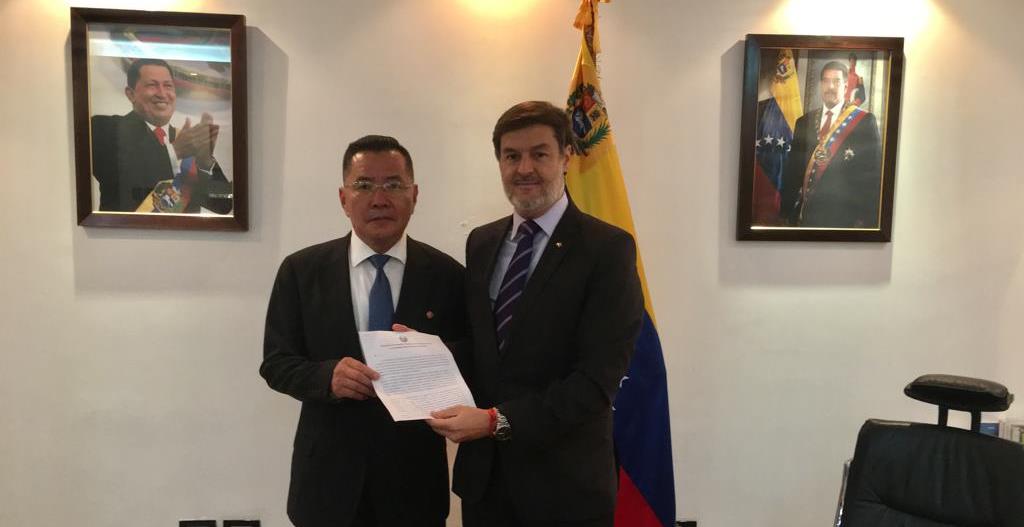 On Tuesday, the Vice-minister for Multilateral Issues of the People’s Power Ministry for Foreign Relations, Felix Plasencia, held a meeting with the Extraordinary and Plenipotentiary Ambassador of the Democratic Republic of Korea, Ri Sung Gil.

The meeting emerged with the aim of strengthening the bonds of solidarity between both peoples and to express the support of the Korean government with the Bolivarian Revolution and the constitutional president of the Bolivarian Republic of Venezuela, Nicolás Maduro Moros, in the face of the coup attacks of the United States and some countries in the region.

Last November, the President of the Assembly of the People’s Republic of Korea, Kim Yong Nam, visited Caracas for the first time. During his stay, political and economic cooperation agreements were signed in order to strengthen ties between both countries.

On that occasion, Kim Yong Nam also signed the visiting book of the Mausoleum of the Liberator Simón Bolívar, where he confirmed his commitment to continue strengthening the ties of brotherhood and the struggle of both countries against imperialism.

The meeting was held in the Office of the Vice Ministry for Multilateral Issues, in the Venezuelan Foreign Ministry.