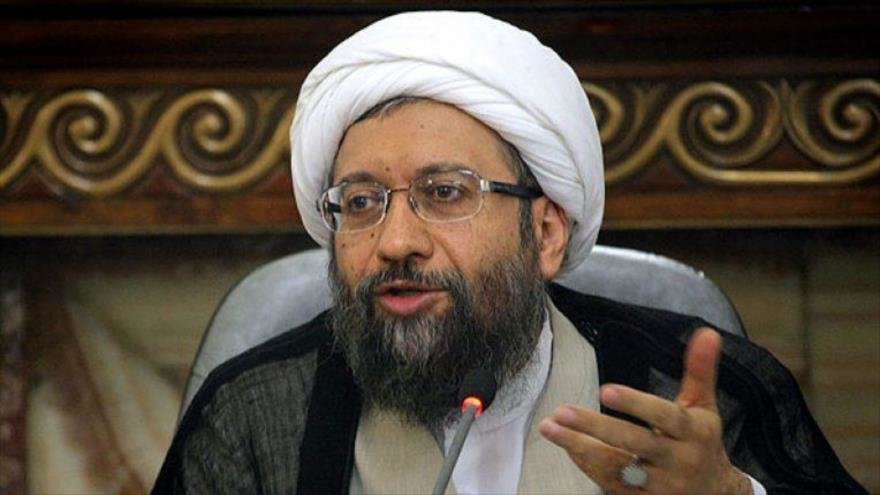 Head of Judicial Power of Iran: US seeks to dominate natural resources of Venezuela

On Monday, the head of the Judicial Branch of Iran stated that the US objective To finance a coup in Venezuela is to plunder the natural resources of the Caribbean country.

“What happened in Venezuela in the context of a coup d’état has not been anything new, but the most surprising thing is the interference of the West in the internal affairs of a country, while proclaiming itself a defender of democracy and human rights”, the ayatollah, Sadeq Amoli Lariyani questioned.

By improoving coups d’état, he added: “The US government has two objectives: looting natural resources of the States and demonstrate their strength, making people believe that popular governments can not survive” without the support of the West.

The Iranian judicial authority has said that Venezuela is not the only victim of the destabilizing US plans, he also recalled how the US intervention in the prolonged war launched by Saudi Arabia has generated a catastrophe in Yemen, where thousands of people suffer an extreme hunger.

“But this does not matter to the West, since; In his opinion, human rights belong only to the citizens of Europe and the US”, Lariyani said.

The declarations of the Persian responsible take place after the American president, Donald Trump, recognized the past 23 of January Juan Guaidó, president of the National Assembly, as interim president of Venezuela and promised to sent aside from the constitutional power, the current president of the Bolivarian Republic of Venezuela, Nicolás Maduro Moros.

Despite the support of the US and its allies in the region to Juan Guaidó; Bolivia, Cuba, Mexico, Nicaragua, Russia, Iran, China and Syria, among others, have recognized the legitimate Government of President Nicolás Maduro, which began on January 10 after winning the presidential elections of May 20, 2018.