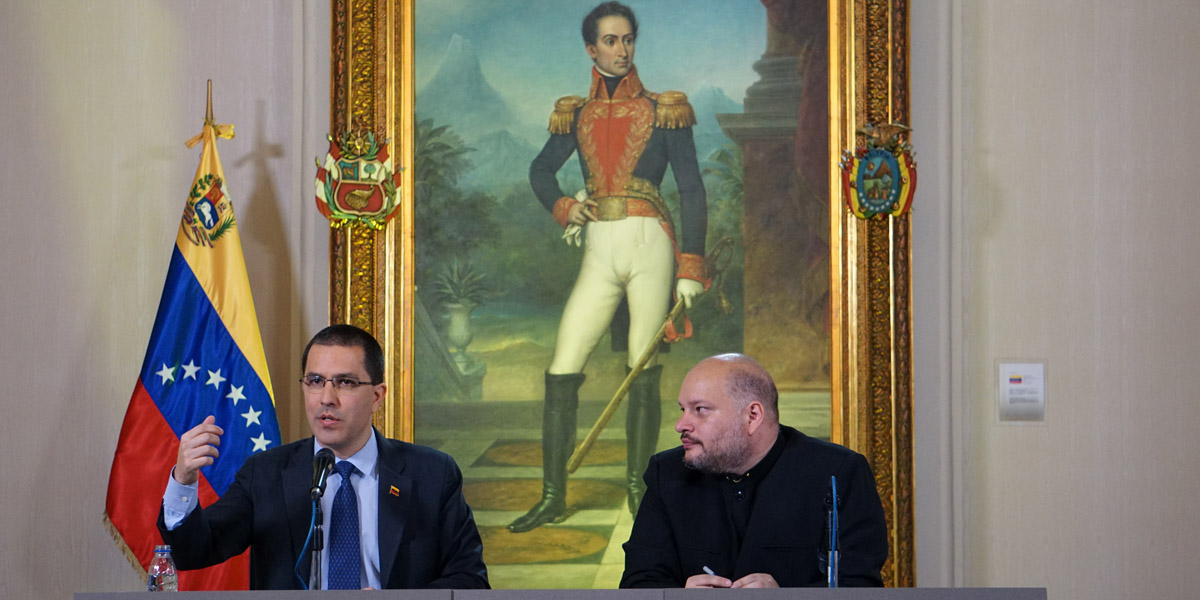 Foreign Minister Arreaza: Officials of the embassy and consulates of Venezuela in the US are already in the country

After the rupture of diplomatic and political relations by Venezuela with the government of the United States, the foreign minister of the Bolivarian Republic of Venezuela, Jorge Arreaza, informed that the officials of the diplomatic missions in the USA, are already in the South American country and for the moment, the possibility of establishing an office of interest as a communication channel to maintain minimum bilateral relations is analyzed.

“Both nations will continue to apply the prerogatives established by the Vienna Convention on diplomatic relations (…) It is important that they know that there are no diplomatic personnel in the US Embassy, ​​they have all returned. From this agreement, President Nicolás Maduro, who is the constitutional responsible for carrying international relations and Venezuela’s foreign policy, will evaluate the appointment of a team”, he said.

Similarly, the Foreign Minister added that this weekend during his participation in the Security Council of the UN, the Vice-minister for International Cooperation, Ramón Gordils and the Charge d’Affaires of the United States Embassy in Venezuela, James Story, held a meeting to define all the processes inherent to the rupture of bilateral relations between both countries.

“We met and held direct talks with the Charge d’Affaires and he in turn with officials from the Department of State. We met on January 22, 23, 24 and 25 with the intention of generating, at the request of the Chargé d’Affaires and their chief in Washington, an agreement to set up an office of interest to safeguard our interests, to maintain an open channel of communication and dialogue with that country and for minimum migratory elements that are necessary”, he said.

He added that despite the positions of some spokesmen of the US government regarding the political situation in Venezuela, only in 2019 they received from the US Embassy “42 Diplomatic Notes and of those, after January 10, we received 30. Beyond what they raise in the international media, about the threats of their spokesmen to carry out an interventionist plan with international support, there is a tangible reality.