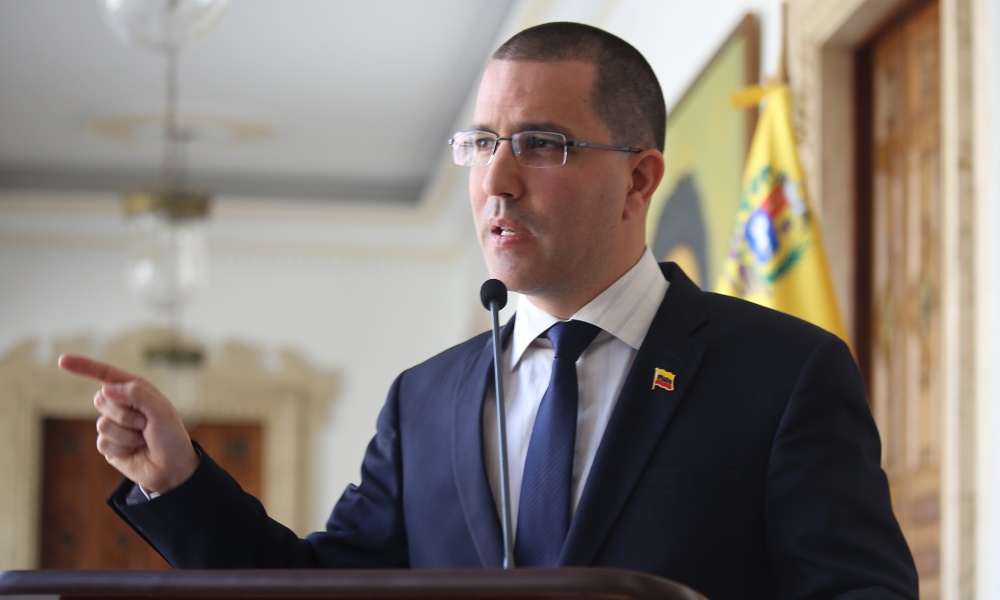 Through his Twitter account, @jaarreaza, the Foreign Minister of the Bolivarian Republic of Venezuela, Jorge Arreaza published a statement issued by the Venezuelan Foreign Ministry, which repudiates the recent statements of the European Union in which they intend to give an ultimatum to Venezuela, confirming their decision to join the coup d’etat orchestrated by the US government and the Venezuelan ultra-right.

“Venezuela expresses its rejection to the declaration of the European Union, which confirms its decision to join the coup d’état orchestrated by the US, even pretending to give an ultimatum to the Venezuelan State, in the style of the old colonial powers”, said the Foreign Minister.

Also, yesterday during his speech at the Security Council of the United Nations (UN), FM Arreaza considered as regrettable that some governments in Europe were at the tail of the US, including the government of Pedro Sanchez in Spain, who defends the self-proclaimed Juan Guaidó, while calling for a new election in Venezuela, when the Spanish president was not elected by popular vote.

Finally, through this communiqué, Venezuela makes it clear that in no way does the recognition, judgment or position of any foreign entity and its arrogant demands have any tangible effect”.