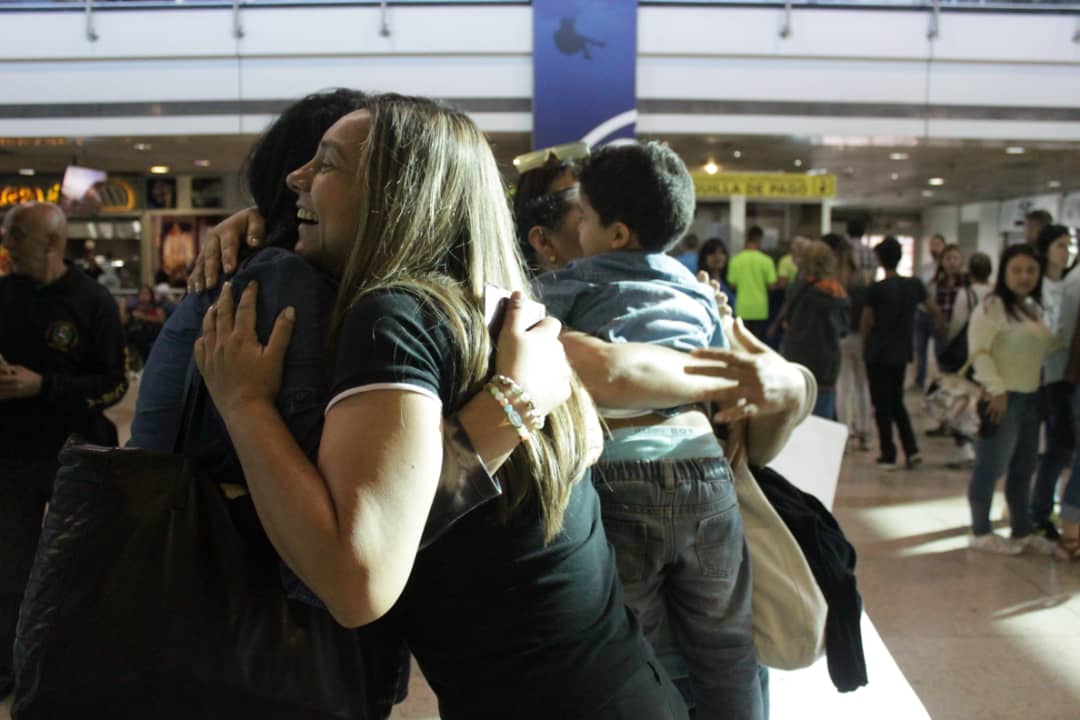 180 Venezuelans return to the Homeland from Peru

Despite the limitations that arise with the decision to emigrate, Venezuelans have demonstrated – despite the international discredit campaign that weighs on Venezuela – that they have the ability, the will and the motivation to move forward and start over again.

After five months of the activation of the Plan Vuelta a la Patria, there are already 22 flights that have repatriated more than 2,000 Venezuelans who, for various reasons, decided to migrate to Peru.

This Saturday, more than 180 Venezuelans managed to return to Venezuela after experiencing complex situations in Peru, a country which has received part of the compatriots who left, mostly by land, crossing thousands of miles that led them to experience difficult situations and a crude reality that opposed them at all times, without the right to have an opportunity to grow and develop being far from the Homeland that saw them born.

The Minister Counselor of the Embassy of Venezuela in Peru, Reinaldo Segovia, after dismissing the compatriots at the Lima International Airport, Jorge Chávez, conveyed the joy and enthusiasm of his compatriots, while reporting that the diplomatic mission has planned the return of other massive flights to give an integral response to the requests of Venezuelans.

“Thanks to the Plan Vuelta a la Patria, promoted by our President Nicolás Maduro, 180 Venezuelans are returning to our beloved land. In the coming days it is planned to send more nationals through mass flights in order to meet the needs of Venezuelans who still remain in Peru”, he said in an interview with the press team of the Venezuelan Foreign Ministry.

Two sisters, one of them Yennifer Mora, 18 years old, along with her partner, they left their country in search of other life alternatives, but when they arrived in Peru, they found themselves in a completely adverse reality, beginning with the labor subjection to which these two young girls were victims because of their situation of illegality in the Inca nation.

Mora’s sister, despite being a minor, had to work to survive in Peru. During her stay in that country she was pregnant, and after nine months she managed to have her baby, but due to the precariousness of the health system in Peru, the young woman died motivated to preeclampsia, leaving her little son orphaned who in now under the tutelage of his father.

According to what was reported by Mora, her sister’s husband remains in the Inca nation awaiting the repatriation of the mortal remains of his young wife, before returning to Venezuela.

Another particular case in the second flight of 2019 that arrived from Peru was that of Mariela Rodríguez, her daughter decided to settle in the South American country and then take her son with her.

After a few months, after collecting some money, she managed to take her mother and son. The latter was unable to continue his academic studies because he was a foreigner and was not included in the educational system, which Rodriguez also claims to be “highly expensive”.

“My daughter decided to emigrate to provide quality of life to my grandchild. Although we were not vexed by the Peruvian citizens, because unlike other cases, we received help from them, the fact of getting used to another system of life, culture and treatment, made it difficult for us to adapt to live in that country”, he said.

To date, the Plan Vuelta a la Patria has repatriated more than 12,700 Venezuelans. It is expected that in the coming weeks more compatriots arrive to the Homeland of Bolívar.