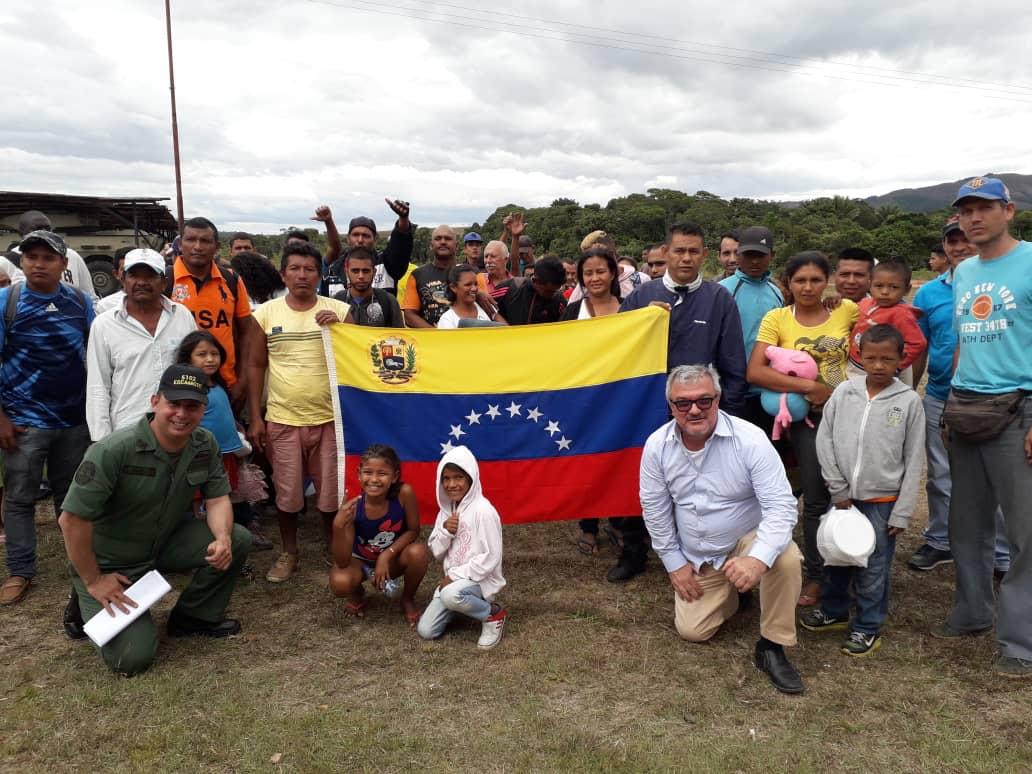 This Thursday, 79 compatriots repatriated via land from Brazil returned to the country. These Venezuelans received deceptive job offers and were also pressured by a ruthless psychological campaign with the aim of leaving their land.

For these reasons, and after the experiences lived, they decided to voluntarily return through the Plan Vuelta a la Patria.

The compatriots expressed that they were victims of xenophobia, mistreatment and a little or no possibility of decent work in the neighboring country. Among these 79 compatriots are 32 women, 35 men and 12 boys and girls.

It should be noted that this operation was coordinated and carried out jointly by the Foreign Ministry of the Bolivarian Republic of Venezuela, the Bolivarian National Armed Forces (FANB) and the Bolivar State Governor.

To date, the Vuelta a la Patria Plan has repatriated more than 12,000 Venezuelans through land and air transfers from Brazil, Peru, Ecuador, Argentina, the Dominican Republic, Colombia, Chile and Panama.