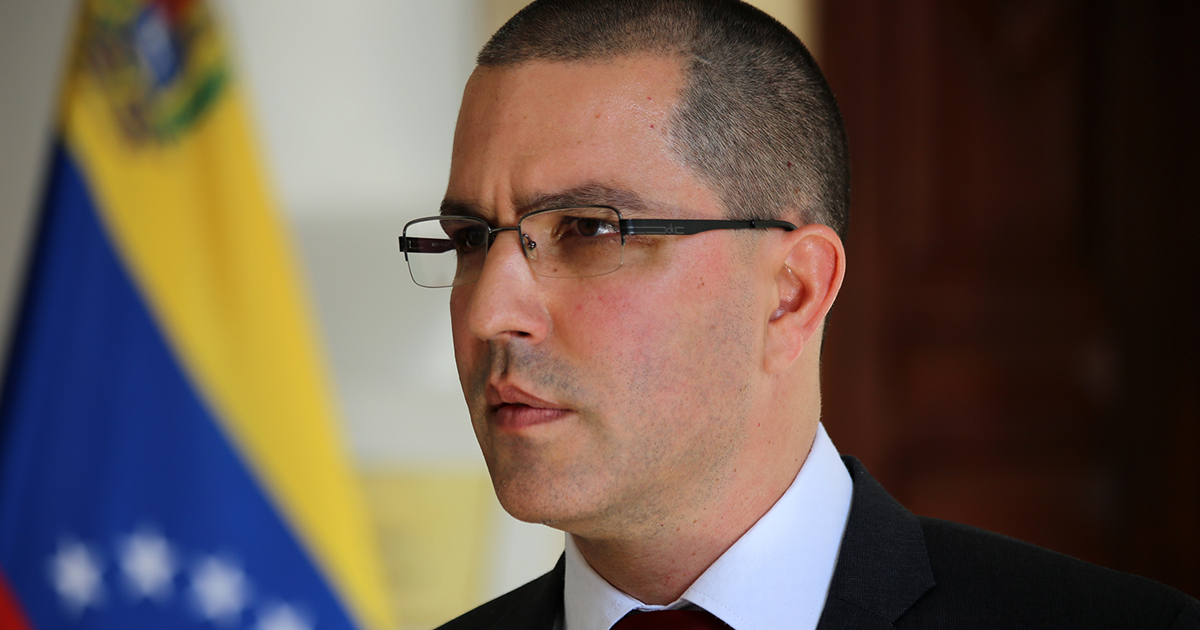 Foreign Minister Arreaza: The coup by the US in Venezuela is being defeated

This Friday, the Chancellor of the Bolivarian Republic of Venezuela, Jorge Arreaza, granted an interview to the radio station Radio 10 that is transmitted from Buenos Aires, Argentina. In this radio program, the Venezuelan Foreign Minister said that the Bolivarian Government has always been open to dialogue with the Venezuelan opposition and also denounced that the United States government is promoting a coup d’état in the Caribbean nation.

“On January 23, the Venezuelan opposition generated a series of expectations and tensions on the street. At the moment the country is calm despite the coup that the United States has promoted from the vanguard, with all its spokesmen dedicated to this task. The coup d’etat is being defeated gradually”, said Foreign Minister Arreaza.

Similarly, he also stated that the breakdown of diplomatic relations with the United States is contemplated in the Vienna Convention, it is expected that in the coming hours US diplomats and consular officials leave the country. “In any case, if a different scenario is presented, we will demand that they leave, but do not expect hostility from Venezuela”, said the Foreign Minister.

For his part, Arreaza also announced that “the United States requested the permits to bring a plane of significant magnitude. With all the protocol that involves bringing furniture and files to the airport”, he said.

On the other hand, Arreaza said that the good offices of the brother countries of the region in mediating through the dialogue in Venezuela will be welcome. “We will be willing to activate and preserve it to be more effective than the one of the Dominican Republic”, he said.

Likewise, the Foreign Minister also pointed out that “a few days ago Juan Guaidó himself met with the president of the National Constituent Assembly, Diosdado Cabello. In December and in all these months there were proposals on both sides to reach political agreements, but then the opposition consulted with Trump’s spokesmen and ended up rejecting”, he added.

Finally, the Venezuelan diplomat lamented that “right-wing presidents in Latin America, including Macri, receive orders from Washington”, this in relation to the recent pronouncements of those countries that “recognize” the unconstitutional act of self-proclamation of Guaidó.