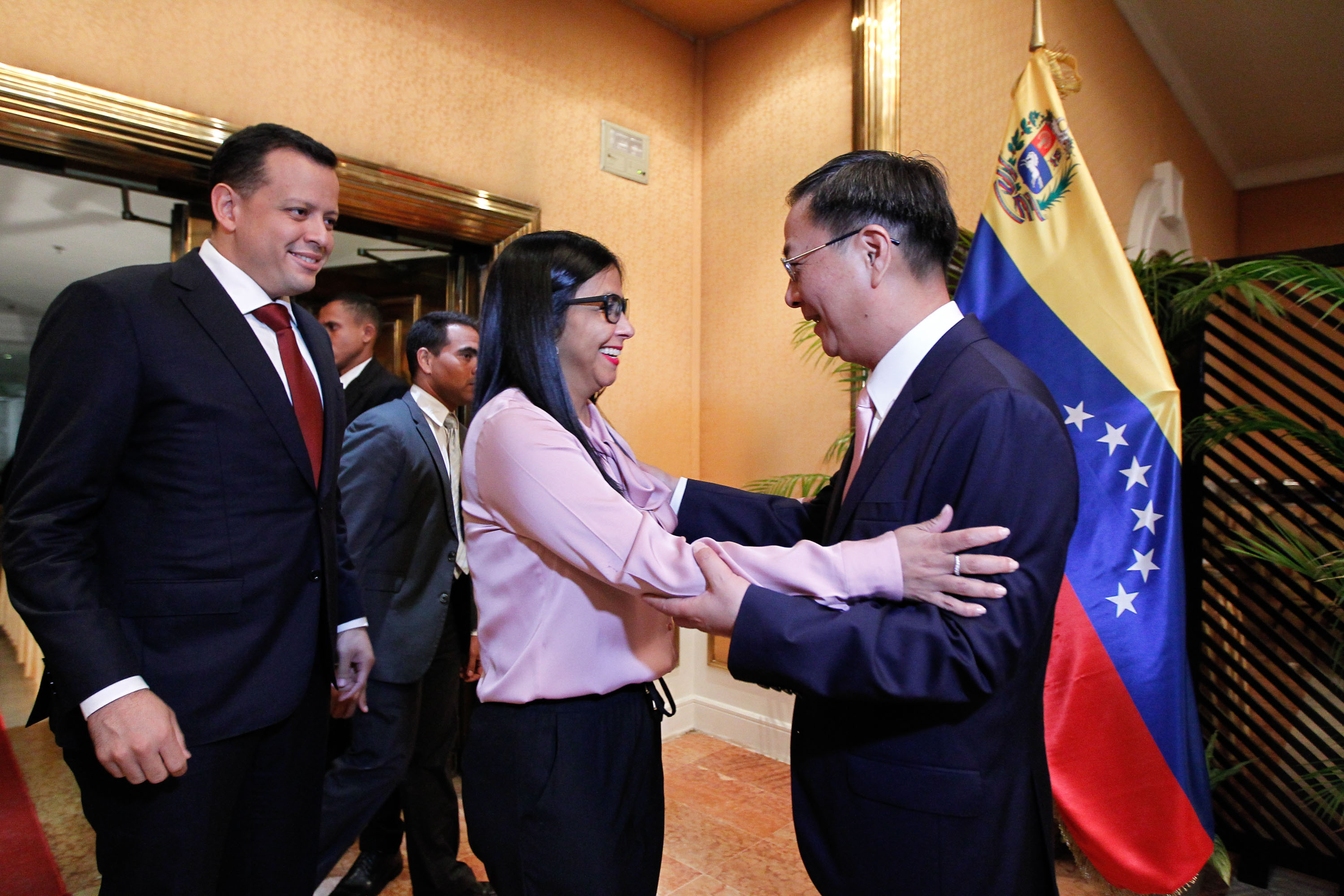 Delcy Rodríguez: Our relations with China have flourished since the arrival of Chávez

“This year we will celebrate 45 years of the establishment of our relations, and how our relations have flourished since the arrival of Commander Hugo Chávez, who said; our north is not the north, our north is in Russia, China, in that new world that emerges and is built by a world of equilibrium, without hegemony, without unilateralism, without arbitrariness, without interventionism”, said the Executive Vice President of the Bolivarian Republic of Venezuela, Delcy Rodríguez, during her participation in the reception held within the framework of the Spring Festival of the year 2019 or Chinese New Year.

On the other hand, the Executive Vice-President referred to the political events that are currently taking place in the country, stating: “You all know what is happening, it seems funny but it is not, that a person in the street proclaims himself president of a country, it seems funny, but what is really being reflected is a political barbarity sponsored by Washington, which immediately says, this is my puppet, and this is what I want to impose here on those who refuse to submit to the government’s mandate of the United States of America”.

Regarding to this, “the message of the Venezuelan people has been very clear, in recent years, with events of aggression against the peace and stability of our Homeland through the infamous mechanism of coercive, unilateral and arbitrary measures, the responses of the Venezuelan people have been that the sovereignty of Venezuela resides in its people and is non-transferable to any type of imperial avalanche that is not the people of Venezuela, such has been the message that our people gave in the constituent electoral process”.

In addition, the Executive Vice President thanked the upgrading of cooperation relations between Venezuela and China.

“The year 2018 was the 40th anniversary of the Chinese economic reform, and I want to thank what has been the support, in consultancy, by the State Council of the Chinese Development Bank, I want to thank because it has allowed us to build also from Venezuela, the Economic Recovery, Growth and  Prosperity Program,” she said.

She stressed that “just a few days ago in the month of December, we were meeting with all the Chinese companies in Venezuela, and although there are important challenges also derived from this infamous financial and commercial blockade against Venezuela, we have the good news that we have advanced in oil production”.

“Today I want to ratify here the message of our president when he made the state visit last September to China, all the oil that China needs, Venezuela has it, all the oil Venezuela’s friendly countries need, Venezuela has it, and that It is a very clear message of cooperation, as relations should be, relations of respect for the sovereign equality of States, relations of cooperation and friendship, so in that context our relations have flourished”, she said.

Regarding this, Vice President Rodríguez recalled that in the High Level Joint Commission that she presided in September in Beijing, 28 important agreements were signed, one of them, the agreement on the Strip and the Road for the global trade balance, “where China is already showing results to the world, with a very clear vision, from the global perspective of what commercial exchange should be, there are the results, the figures speak for themselves”.

Rodriguez concluded her speech, asking those present to raise their cups to toast for the Chinese New Year. “Happy New Year of the Pig, happiness, prosperity and well-being for all our people, Happy New Year”, she said.