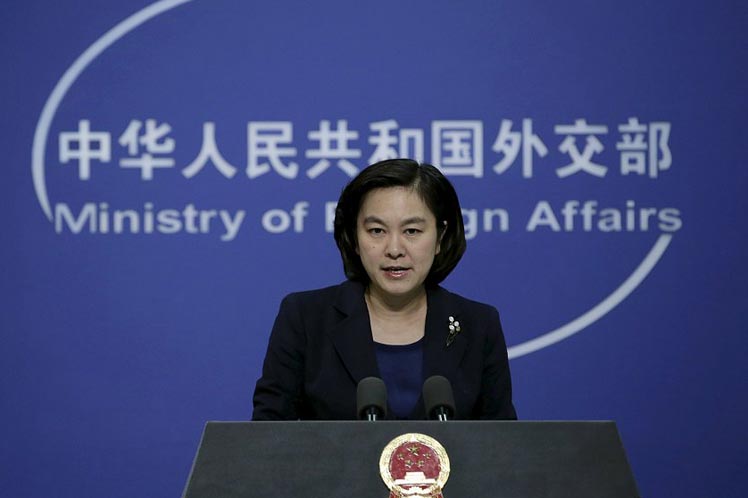 China rejects interference in Venezuela and supports its sovereignty

China today expressed opposition to foreign interference in the affairs of Venezuela, ratified the support for the government of President Nicolás Maduro and his efforts to safeguard the sovereignty, independence and national stability of the country.

Hua Chunying, spokesman of the Ministry of Foreign Reltions, told, in a press conference that Beijing is aware of the massive rejection of possible military intervention in the South American country and advocates that the situation there be resolved peacefully, through negotiations and in accordance with the Constitution.

“China hopes that all parties in Venezuela will resolve their political differences through dialogue and consultation, avoid violent conflicts and restore normal order according to the fundamental interests of the country and the people”, she said. At the same time, Hua Chunying rejected the external interference in Venezuelan affairs and wished the international community to create favorable conditions to avoid this practice.

She considered that the United States and Venezuela are important countries in the Western Hemisphere and their relations should be governed on the basis of equal treatment and mutual respect.

The spokeswoman for the Foreign Ministry added that sanctions and interference in internal matters are mechanisms that only “tend to complicate the situation and do not contribute to the resolution of practical problems”.

With his statements, China joins to the governments that support Venezuela after the attempted coup promoted by the United States, recognizing the unconstitutional self-proclamation of Juan Guaidó as interim president.

Maduro announced the rupture of diplomatic relations with the North American country as a result of that fact.

The Dignitary began his second term on January 10 after being re-elected last May with 67 percent of valid votes cast in the presidential election.

These elections were endorsed by international organizations for their development in accordance with the laws and respect for the guarantees of all parties, candidates and voters.