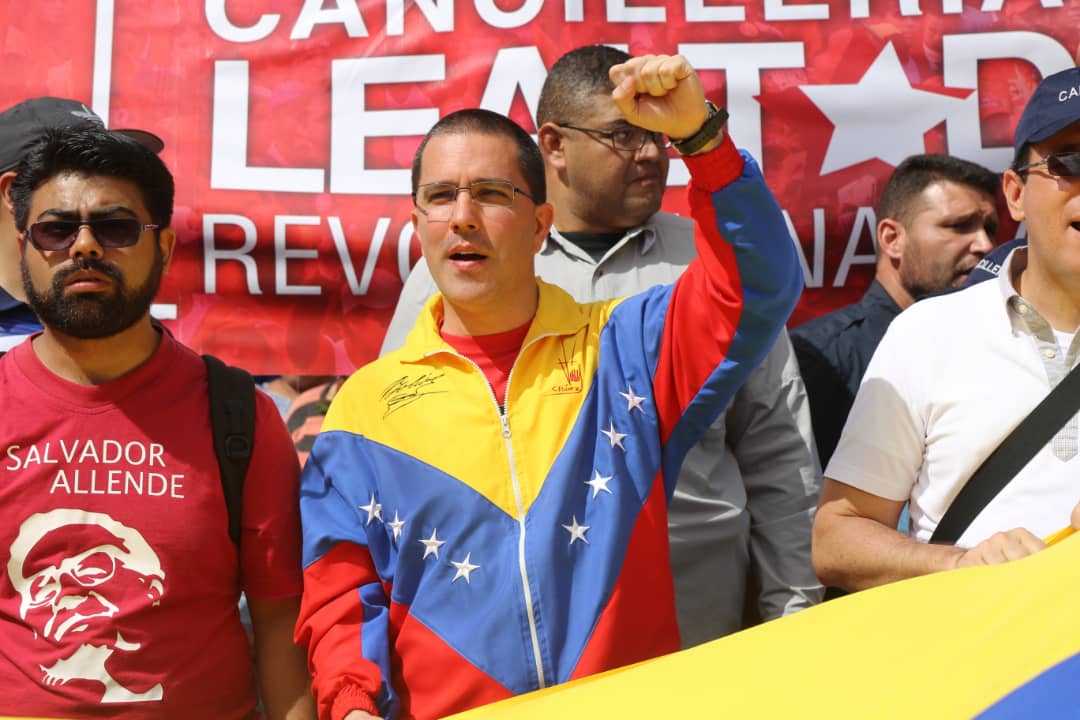 Foreign Minister Arreaza: Venezuelan people will not allow their decision to be free and sovereign to be intimidated

In the memorable march of this January 23, when the 61 years of the end of the dictatorship of Marcos Pérez Jiménez are commemorated, the Foreign Minister of the Bolivarian Republic of Venezuela, Jorge Arreaza, ratified the democratic and peaceful spirit of the country’s institutions and of the Venezuelan people who will not allow their sovereign decision to be free and independent to be intimidated.

During his participation in the march that departed from Plaza Sucre, the Venezuelan diplomat stressed that despite US interventionist attempts against the Caribbean nation “the people will continue to ratify the course of the Bolivarian Revolution and there will be nothing to disturb the peace of Venezuela”.

He added that despite the continuing coup that the US government maintains, which orders the Venezuelan bourgeoisie to attack the country’s institutions, Venezuelans continue to ratify their support for the constitutional president, Nicolás Maduro.

“We send a message of peace, of democracy, in spite of the fact that the powerful ones of the world have tried to disturb the tranquility and the proper functioning of the institutions, it is little or nothing what they can do when a people is determined to be free”, said the Foreign Minister.