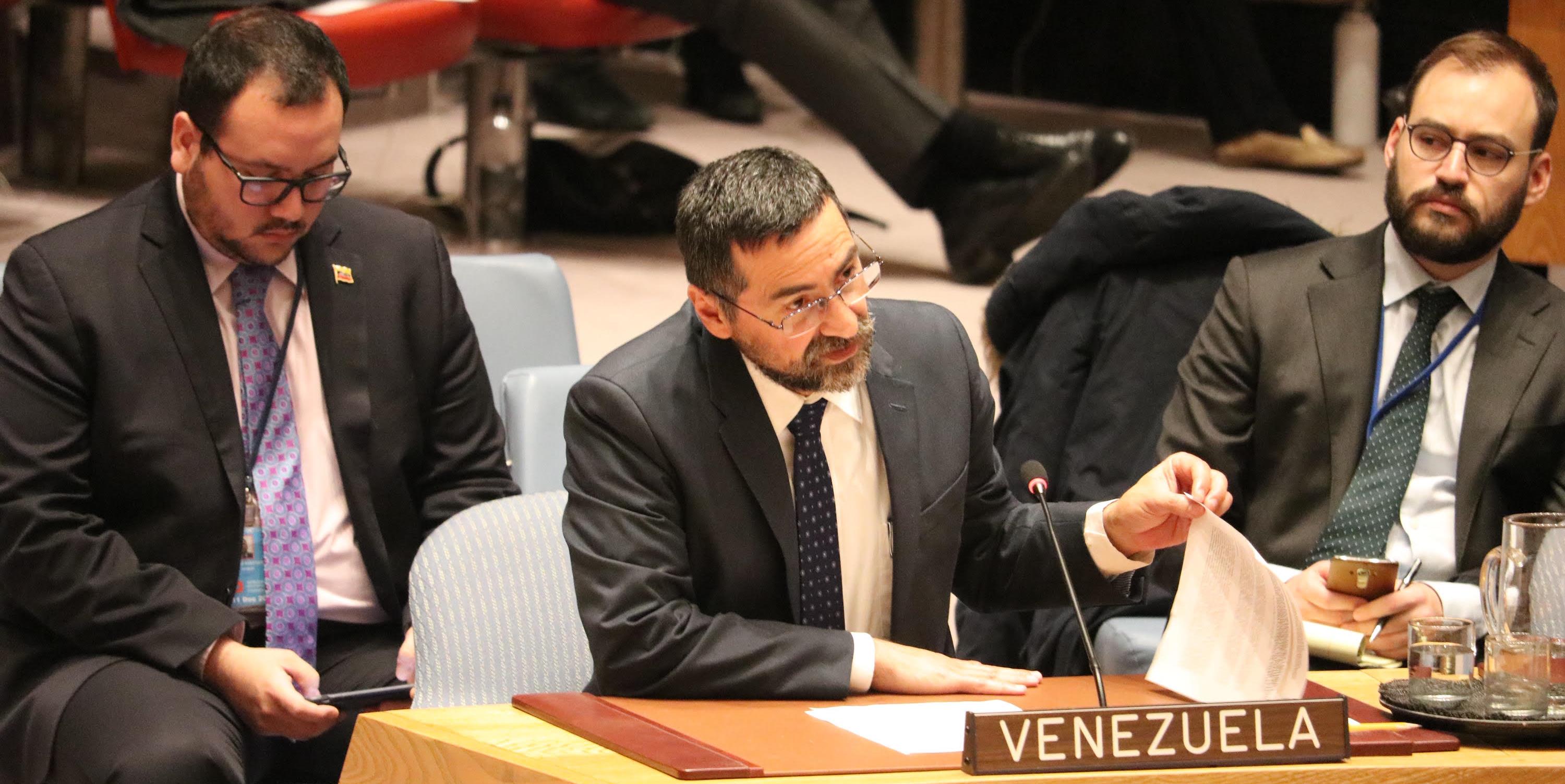 The Bolivarian Republic of Venezuela in the exercise of the presidency of the Movement of Non-Aligned Countries (NAM), participated on Tuesday in the first quarterly debate of the Security Council of the United Nations (UN), on the “Situation in the Middle East, including the Palestinian Question”, in which it reiterated its solidarity with the Palestinian people and renewed its commitment to continue coordinating international efforts to promote a just, lasting, comprehensive and peaceful solution to the Palestine Question.

The Alternate Ambassador of the Bolivarian Republic of Venezuela to the UN, Henry Suárez, stressed that the Movement is harboring the hope that, in 2019, there will be positive progress in the historic struggle of the Palestinian people to obtain their legitimate right to freedom, self-determination, freedom and independence as a State of Palestine and with East Jerusalem as its capital.

In this vein, Venezuela warned that the situation on the Occupied Palestinian Territory, including East Jerusalem, is at a critical point, while reaffirming that the Israeli-Palestinian conflict as a whole, constitutes a serious threat to international peace and security, and requires an urgent solution in accordance with international law and relevant UN resolutions.

The NAM criticized the inability of the UN Security Council to address the Palestinian Question, as well as its failure to hold Israel accountable for all its violations of international law. In this regard, NAM reiterated the call to the international community to intensify all necessary efforts in support of the Palestinian cause, to put an end to the Israeli foreign occupation in Palestine and in East Jerusalem.

Finally, the Venezuelan diplomat reiterated the call to end the Israeli blockade against Palestine, which continues to subject more than two million Palestinian children, women and men in Gaza to indescribable humanitarian, social and economic suffering.