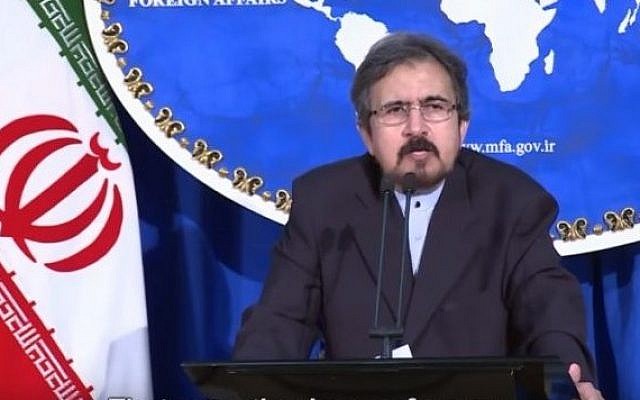 Iran supports Venezuela against interventionist actions by the US

“The Islamic Republic of Iran supports the legitimate government and the nation of Venezuela in the face of illegal interventions by Washington”, said Iranian Foreign Ministry spokesman Bahram Qasemi.

According to the Persian spokesman, Venezuela’s problems will only be resolved through negotiations between the local political forces and on the basis of the country’s legal framework.

In this same context, Qasemi has emphasized that any interference in Venezuela’s internal affairs is not constructive and will only result in a more complicated situation.

At the same time, the Persian diplomat has repudiated the recent assertions, as well as the interventionist measures of the US Secretary of State, Mike Pompeo, against the internal affairs of Venezuela.

In recent years, relations between Venezuela and the US have been marked by US threats and sanctions. The current US Administration, chaired by Donald Trump, has hardened the embargoes to the Bolivarian country even more.

In this regard, Pompeo reiterated on January 12 from the United Arab Emirates, his commitment to the Venezuelan right and confessed that the White House has been working for two years to promote a change of government in Venezuela and establish, in his opinion, “a true democracy”.

In turn, Caracas has repeatedly denounced Washington’s long-standing destabilizing plot against it. On one occasion, the president of the Bolivarian Republic of Venezuela, Nicolás Maduro Moros, alluded to a plot promoted by the US authorities to generate chaos and destruction in Venezuela during the year 2019.

Maduro took advantage of his swearing speech on January 10 to denounce that US imperialism and its satellites are waging a world war against his country, but assured that Caracas will defend itself from all media and political manipulation.