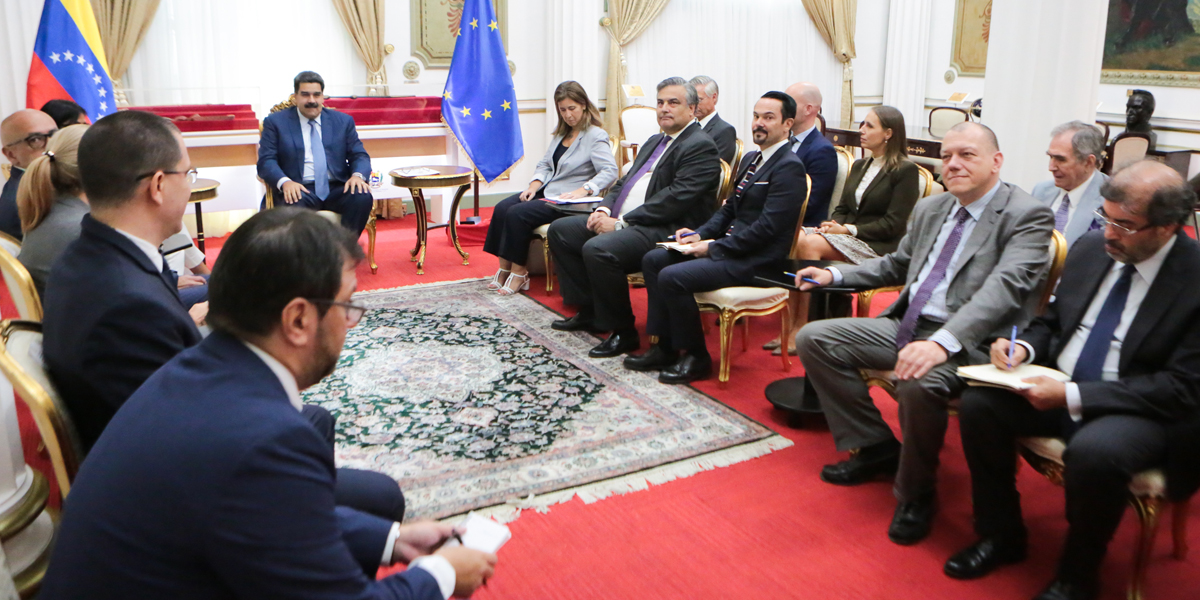 The President of the Bolivarian Republic of Venezuela, Nicolás Maduro Moros, held a cordial meeting on Friday with the heads of mission of the member countries of the European Union (EU) accredited to the Bolivarian Government, with the aim of strengthening the channels of dialogue, mutual respect and peace.

During the meeting, the Head of State and the diplomatic authorities of the European Union agreed on the goal of invigorating high-level relations based on respect for sovereignty, cooperation for peace and development.

In this regard, President Maduro, within the framework of the Bolivarian Diplomacy of Peace, has asked the European Union and its member countries to consolidate relations in an effective manner, strengthening the political, economic and social ties that currently exist.

On the other hand, the Venezuelan President urged the European authorities to maintain a position of respect and balance on the political, economic and social reality of Venezuela, while extending an invitation to the representatives of the European Union to visit the country in order to establish a mutual constructive cooperation agenda.

Also, the National President highlighted the contribution that the European Union can give to Venezuela, reaffirming the common values ​​for the development of fruitful and lasting diplomatic relations, all within the framework of respect for national sovereignty and International Law.

The meeting was attended by the ambassadors of the European Union, the Kingdom of Spain, France, Greece, Italy, the Netherlands, the United Kingdom of Great Britain and Northern Ireland and Sweden, as well as business managers from Poland, Romania and representatives of the Embassies of Portugal and Germany.