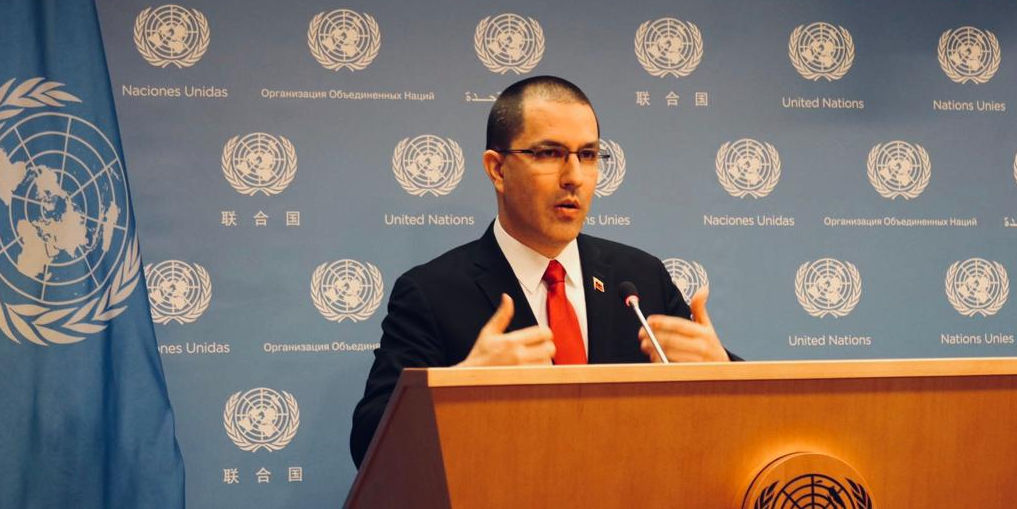 Foreign Minister Arreaza at the UN: We must close ranks with multilateralism before the resurgence of fascism

After holding a meeting with the president of the United Nations Organization, António Guterres, aimed to consolidate the set of actions that are being carried out by the Caribbean nation and the international organization in order to strengthen multilateralism in the region, the Foreign Minister of the Bolivarian Republic of Venezuela, Jorge Arreaza, said that the presidential term corresponding to the second constitutional mandate of President Nicolás Maduro will be focused on deepening democracy in the country.

This assertion was made by the Venezuelan FM during a press conference offered to international media from the headquarters of the United Nations, in New York, where he ratified that regardless of the attacks perpetrated by foreign powers, the Venezuelan people will defend their rights and Constitution.

“These years to come, this sexennium presented with a clear plan despite of the aggressions, the blockades will be years in which we will continue to deepen Venezuelan democracy. No matter who attacks us, or how much they attack us, we will always face those attacks with dignity, with the Constitution and with the people that is the greatest support of the Bolivarian Revolution”, he said.

To strengthen Venezuelan democracy, which has been subject to systematic attacks, among them the pretension of satellite governments to intervene in the internal affairs of the nation, Arreaza assured that they will keep carrying out the strategic objectives of the 2030 agenda consolidated in the Plan de la Patria 2019-2025.

The Venezuelan diplomat also called for “closing ranks with multilateralism” in the face of the resurgence of fascism in Latin America and the world. At the same time, he stressed the need to return to political tolerance, which has been fractured by unilateral actions imposed by the United States against the peoples of the region.

In that sense, Arreaza assured that part of the coercive policies that the US administration advances against the Caribbean nation are reflected in their intention to overthrow President Nicolás Maduro.

“We were able to see US Secretary of State Mike Pompeo, cite articles of the Constitution of the Bolivarian Republic of Venezuela to provoke a coup d’etat, a regime change through non-constitutional means (…) our Constitution is clear, we are free, independent, its sovereignty is sacred and it resides in the people and no foreign government can make decisions in Venezuela, nor manipulate the internal circumstances”, he said.

Also, the Foreign Minister recalled that in recent days the Bolivarian Government signed two agreements on food and health with the United Nations Children’s Fund (UNICEF) and the United Nations Organization for Food and Agriculture (FAO) in order to guarantee and keep strengthening the welfare of all Venezuelan people. 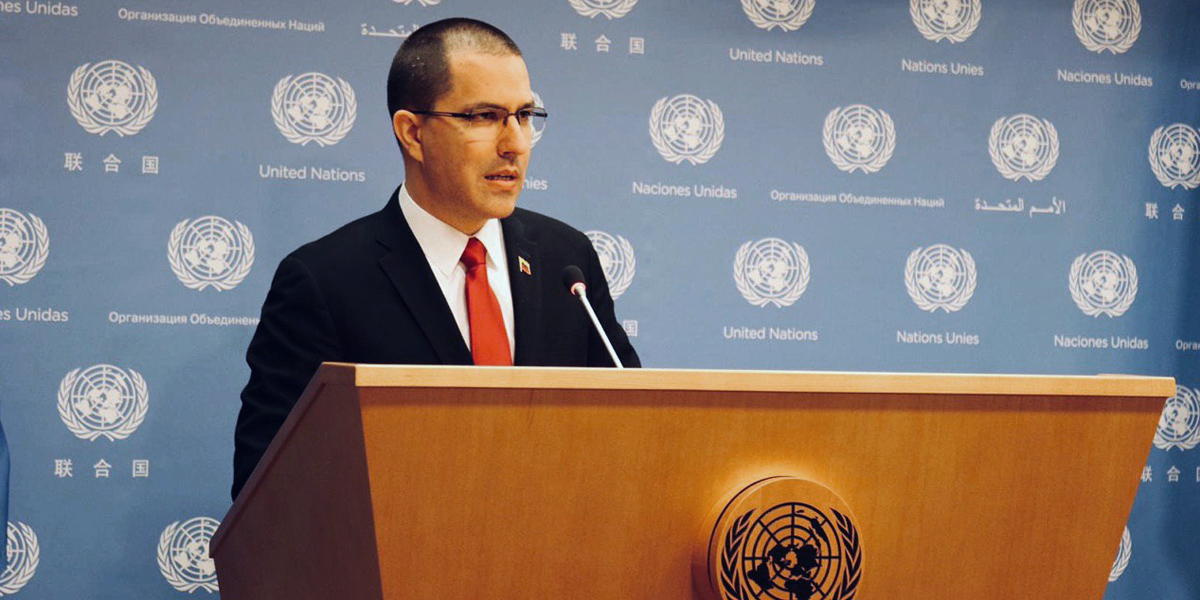