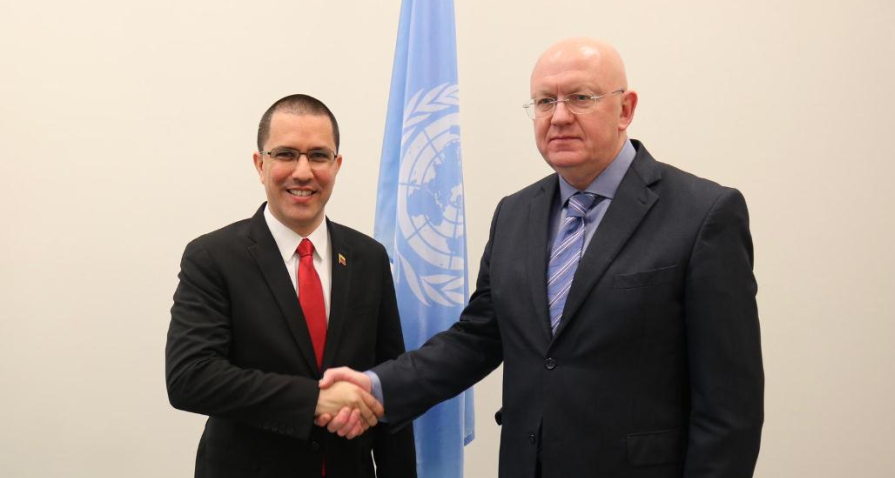 The FM of the Bolivarian Republic of Venezuela, Jorge Arreaza, held a bilateral meeting on Wednesday with the Russian Ambassador to the United Nations, Vassily Nebenzia.

This meeting took place within the framework of the visit of the Venezuelan diplomat to the headquarters of the United Nations, in New York, where he previously held a working meeting with the president of the aforementioned multilateral organization, Antonio Guterres, who emphasized that Venezuelansare the ones who have the power to resolve their internal affairs.

During the bilateral meeting, the Russian ambassador expressed his solidarity to the Venezuelan people and the government led by President Nicolás Maduro, which has been systematically attacked by the United States through economic and financial sanctions, with the aim of overthrowing his constitutional mandate.

Russia has reiterated its support for Venezuela, after denouncing the maneuvers of the US government that dismiss the constitutional mandate of President Nicolás Maduro and that affect the Venezuelan people.