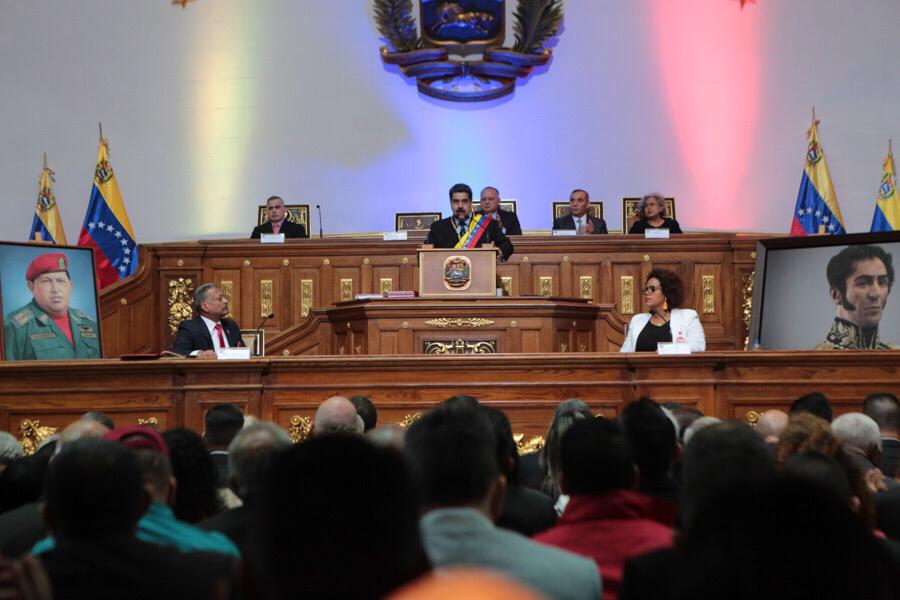 The President of the Bolivarian Republic of Venezuela, Nicolás Maduro Moros, announced that – within hours after taking an oath – the Bolivarian Government has begun meetings for new agreements with more than 94 delegations of world governments.

In his speech, on the occasion of the Act of Report and Account and Presentation of the Plan de la Patria 2019-2025, on national radio and television, from the Federal Legislative Palace.

He stated that it has been this solvency that today the Venezuelan democracy and institutionalism have what has allowed to establish international policies of fruitful work, “of extraordinary alliances achieved with countries such as China, Russia, Iran, Turkey, India, Alba, Petrocaribe, among others”.

He exemplified by naming some countries that are emerging powers “with whom we establish relations between equals, within the framework of complementarity, integration, cooperation and respect for the sovereignty and self-determination of peoples”.