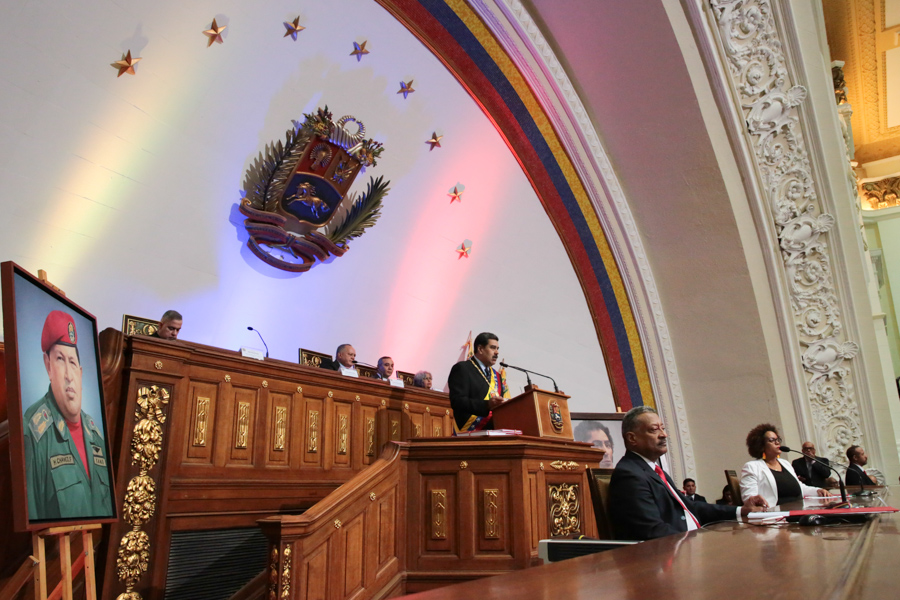 Two million children incorporated into the Simón Bolívar National System of Orchestras, from now until 2025, is one of the cultural goals of the Bolivarian Revolution.

This was stated by the Venezuelan Head of State, Nicolás Maduro Moros, in an address at the Report and Account Act and Presentation of the Plan de la Patria 2019-2025, through the national radio and television network.

He referred about this subject when reviewing the achievements reached in the year 2018 in the field of culture. “We achieved an extraordinary goal, by reaching the direct incorporation, in the national orchestra system of Venezuela, of the 1 millionth child, we accomplished the mandate of the commander Hugo Chávez, the dream of Master Abreu”.

President Maduro alluded that this system is a marvel and is admired in the whole world, so “I have the boldness of proposing a bigger goal in homage to Master Abreu, whom I loved so much”.

He recalled that almost until the physical departure of the master José Antonio Abreu he received his guidance and ideas, to expand the training of children. “How it gets to transform the soul of the boy and the girl!” He said by way of reflection.