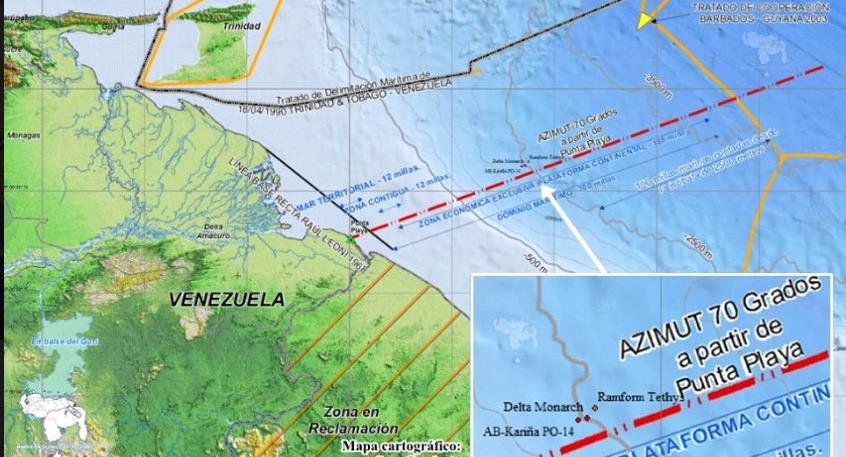 This Saturday, through a Press Release issued by the Ministry of Foreign Relations of the Republic of Colombia, the New Granada country rectified its position on the aforementioned article 9 of the declaration of the self-called Group of Lima. This was announced by the People’s Power Minister for Foreign Relations of the Bolivarian Republic of Venezuela, Jorge Arreaza, on his Twitter account @jarreaza.

In the Communiqué, Colombia reaffirms its adherence to the principles of international law, especially those pertaining to the peaceful settlement of disputes. Likewise, it emphasizes its abstention in existing legal disputes between third parties.

It should be noted that article 9 of the Lima Group’s declaration states that “they express their deep concern over the interception carried out on December 22, 2018, of a seismic research vessel by the Venezuelan Navy within the economic zone, exclusive of the Cooperative Republic of Guyana”.

After this event, the evidence proving that the intercepted vessels were sailing in waters of strict jurisdiction of Venezuela, specifically in the Orinoco Delta, was made public.

These rectifications by several member countries of the Lima Group, take place after President Nicolás Maduro Moros, expressed his rejection to exhort them to reflect their position on Venezuela within 48 hours, or else, more drastic diplomatic measures would be taken more energetic.