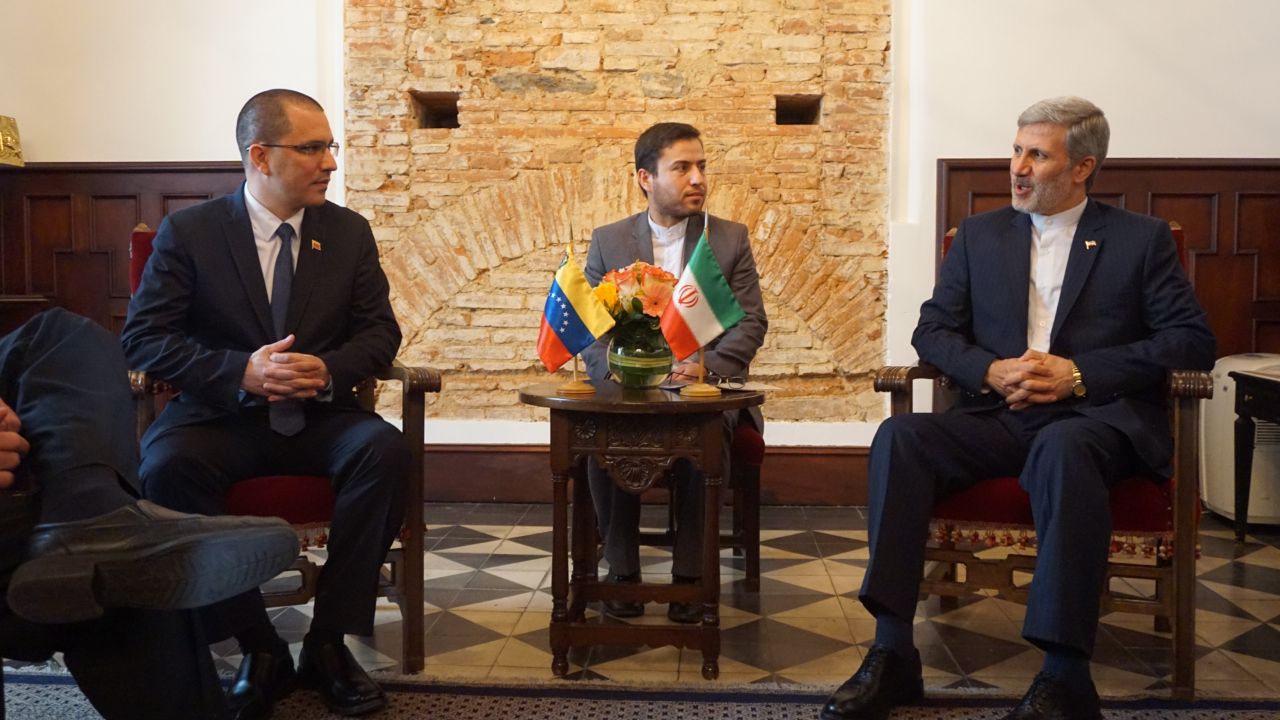 In order to strengthen the bonds of friendship and cooperation between the Bolivarian Republic of Venezuela and the Islamic Republic of Iran, Venezuelan Foreign Minister Jorge Arreza and the Minister of Defense and Logistics of the Iranian Armed Forces, Amir Hatami, held a bilateral meeting on Friday.

During the meeting both diplomatic representatives reviewed the progress of the bilateral work agenda, as well as expressed their support and solidarity between the two sisterly nations.

In this regard, after attending, on behalf of the Government of Iran, to the inauguration of Nicolás Maduro Moros as president of the Bolivarian Republic of Venezuela, Minister Hatami said that the “State of Iran celebrates the successful election day and subsequent inauguration of the Venezuelan president”.

Iran and Venezuela strengthened ties of integration, brotherhood and mutual cooperation since the arrival of the Eternal Commander Hugo Chávez, who with his vision of multipolar development managed to capture a relationship where both countries developed different areas in order to benefit their peoples.