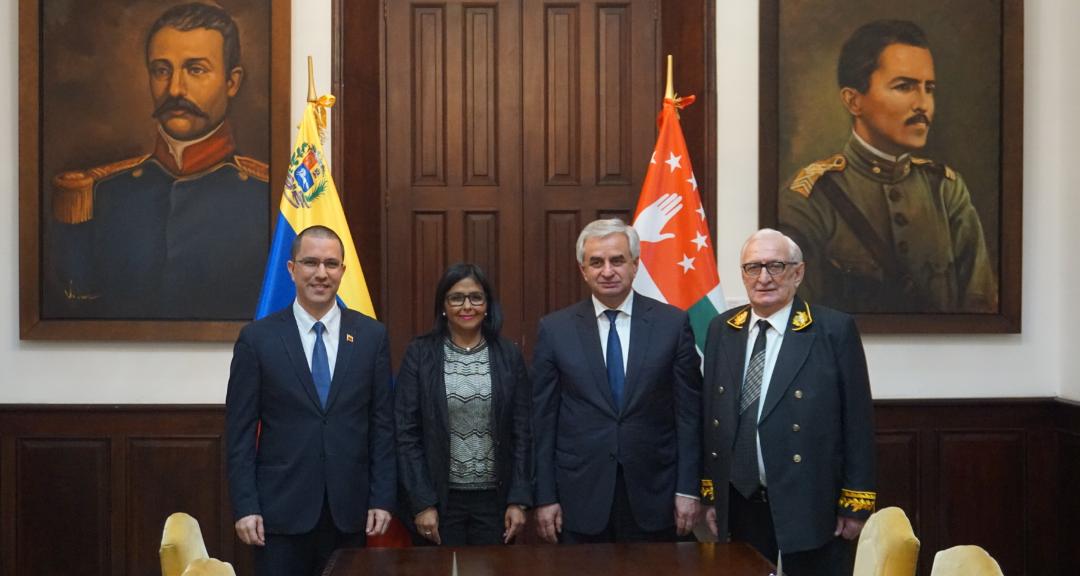 Venezuela strengthens ties of bilateral cooperation with the Republic of Abkhazia

During the diplomatic meeting, the high representatives of the State expressed their desire to strengthen the bonds of cooperation and friendship between both countries for the common good of the two sisterly nations.

These meetings are part of the Bolivarian Peace Diplomacy agenda that President Nicolás Maduro promotes and will continue to strengthen during his new presidential term 2019-2025.