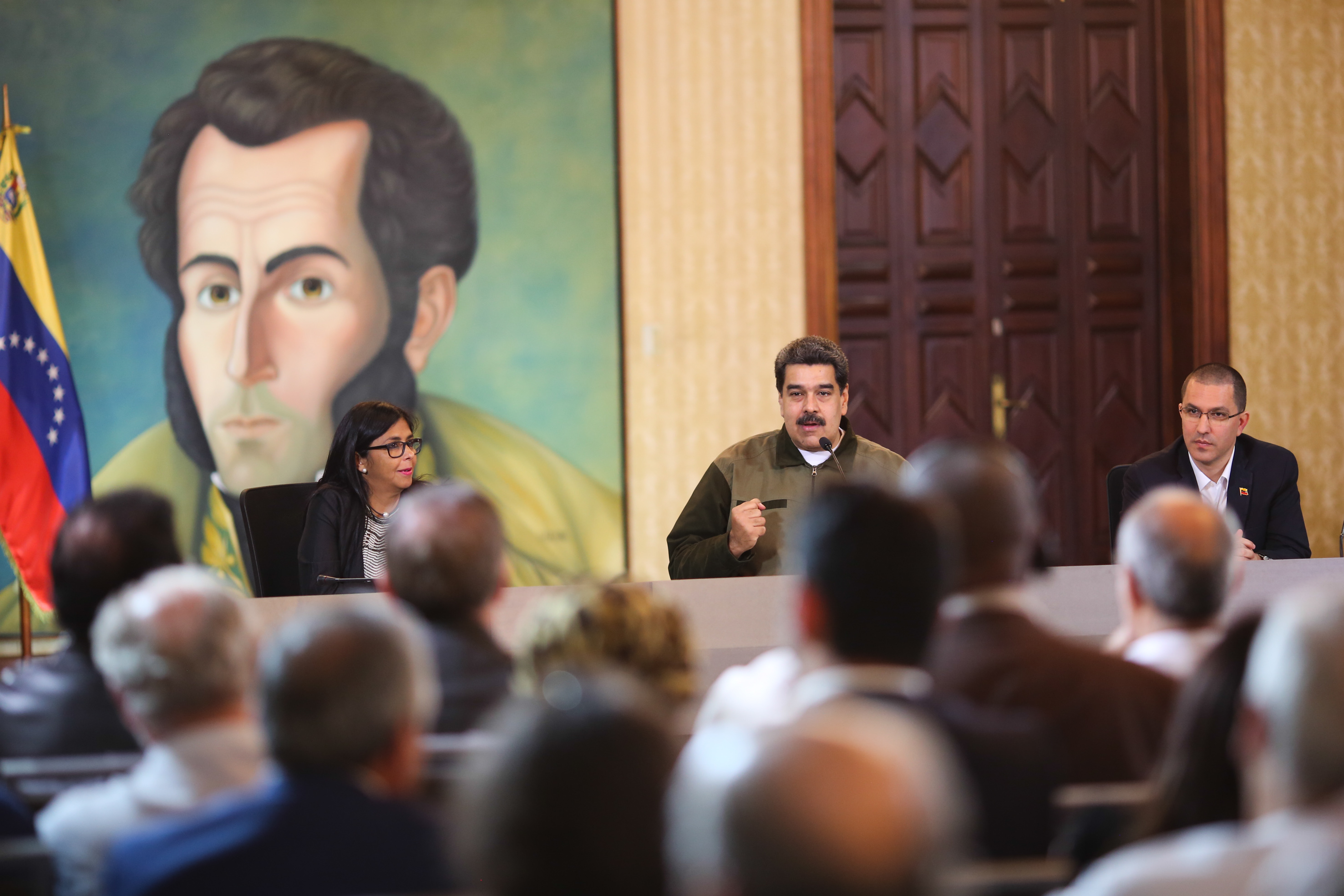 In the framework of the activities held after taking the oath for the second presidential term, the President of the Bolivarian Republic of Venezuela, Nicolás Maduro Moros, held a meeting on Friday with political and social leaders from all over Latin America, the Caribbean and other countries of the world. In the act, the National President was accompanied by the Executive Vice President, Delcy Rodríguez, the People’s Power Minister for Foreign Relations, Jorge Arreaza and other representatives of the Executive Cabinet.

During the meeting, the Head of State exhorted the people to remain mobilized before any act that seeks to generate chaos and destabilization.

“It is important that the people remain mobilized. The people mobilized is the guarantee for stability, it is the vaccine for any process of destabilization. While we are working there are crazy minds, improvised, immature minds that are at the head of the opposition looking for something to invent. Desperate, full of contradictions, of madness and the best vaccine against the immature and crazy minds is the mobilized people”, he said from the spaces of the Yellow House in Caracas.

The President denounced that there is a show by the national and international right-wing to ignore the mandate the people made in May 20 with more than 60% of the votes. He indicated that the promoters of these acts are the same who, in 2014 and in 2017 promoted a coup d’état against the Bolivarian Revolution, which left a balance of hundreds of deaths and injuries.

In this regard, he stressed that several governments members of the self-proclaimed Group of Lima rectified their interventionist position taken last December, through a statement, in which President Maduro was not inaugurated on January 10 as Venezuelan president giving the power to the National Assembly in contempt.

In due to these events, President Nicolás Maduro granted a period of 48 hours to governments of the Lima Group to rectify their position regarding Venezuela’s institutionality, integrity and territorial sovereignty.

Until now, the governments of Argentina, Costa Rica, Guatemala, Panama and Chile have been rectified.

The Head of State also commented that he will take next Monday to the National Constituent Assembly (ANC), the Plan de la Patria 2019-2025 in order to let the Original Power to perfect it and then make it the Law of the Republic.

“I will ask for a Constitutional Law for the Plan de la Patria, because the ANC is the only one that have plenipotentiary powers”, he said.