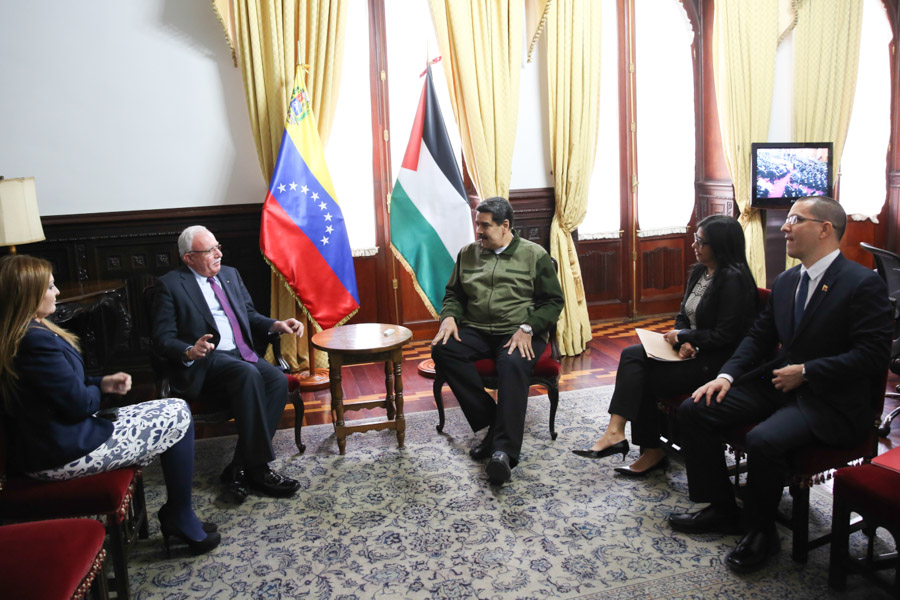 The President of the Bolivarian Republic of Venezuela, Nicolás Maduro Moros, held a bilateral meeting with the Foreign Minister of Palestine, Riad Malki, and the Ambassador of Palestine in Venezuela, Linda Sobeh Ali.

Based on the principles of solidarity and social justice, the relations between the Bolivarian Republic of Venezuela and the Palestinian National Authority have been progressively and strongly reinforced with the arrival of the Bolivarian Revolution that has played a leading role in seeking a solution that favor peace in the Middle East and support the struggle of the Palestinian people for an independent and sovereign Homeland.

The Venezuelan position is also based on support for the peoples of the world who are in constant struggle for international recognition who fight against imperialism and for the creation of a multipolar and multicentre world.

Venezuela reaffirms once again its unconditional support for the just struggle of the Palestinian people in defense of their sovereignty and self-determination in accordance with the principles and purposes of the Charter of the United Nations (UN) and international law.