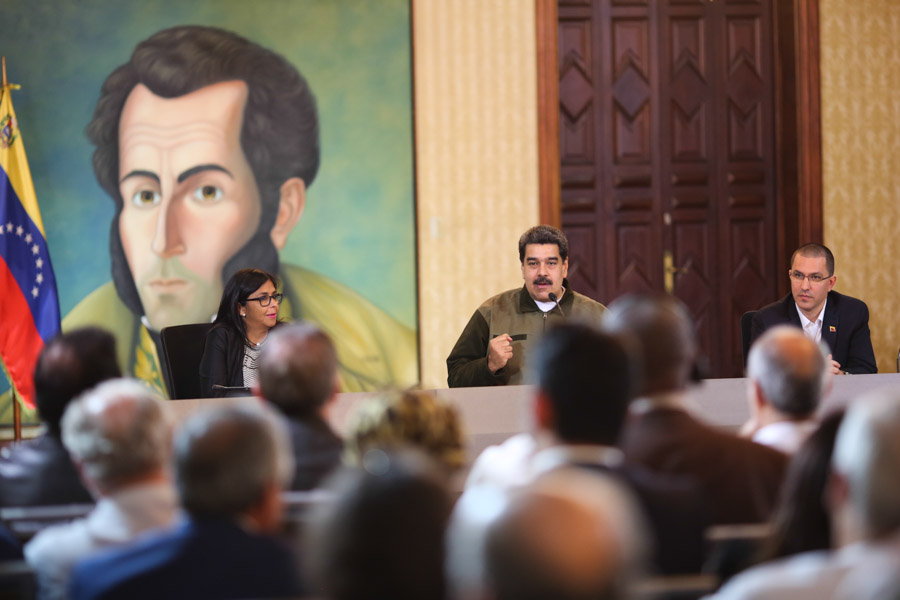 The Venezuelan Head of State and Government, Nicolás Maduro Moros, applauded that the Argentine Republic rectified its position before the document of the self-called Group of Lima to ignore the legitimacy of the Venezuelan Government.

“Argentina has just rectified the document of the Lima Group in paragraph number nine, very well. Four countries have already rectified”, said the President during a meeting with more than 90 representatives of political and social movements of the world, held at the Yellow House in the city of Caracas.

For his part, the Venezuelan Foreign Minister, Jorge Arreaza, reported through his account on twitter @jaarreaza social network that Venezuela has received diplomatic notes from the governments of Guatemala, Costa Rica, Panama, Argentina and Chile, while recognizing the statements of the vice presidency of Panama in which they rectify their position on point nine of the declaration of the self-appointed Group of Lima on January 4, rescuing the principles of International Law.

On January 9 the Bolivarian Government announced that it would take “more crude” actions if the “Lima Cartel” did not rectify its position respect to the jurisdictional sea of ​​Venezuela.