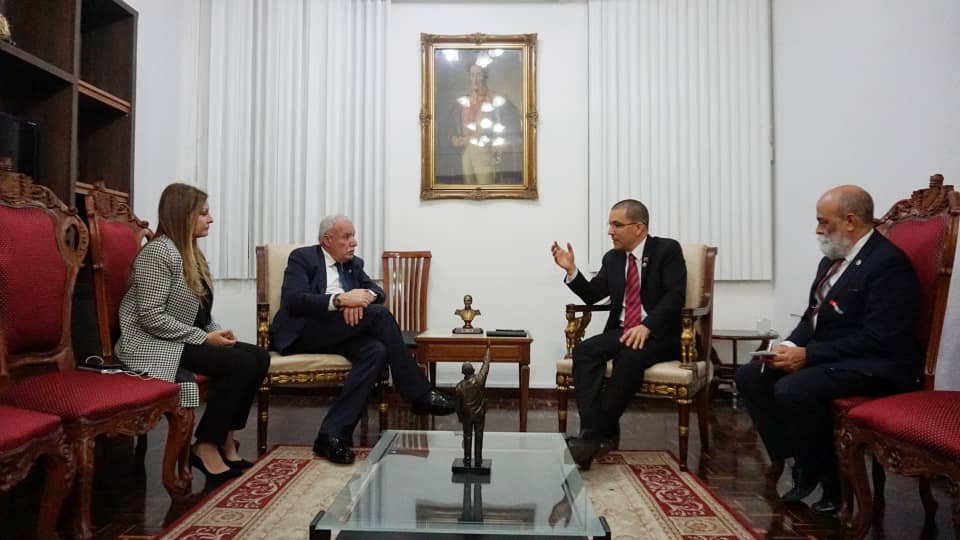 Venezuela and Palestine reaffirm ties of cooperation and brotherhood

In the framework of the strengthening of diplomatic relations with the State of Palestine, the Executive Vice President of the Bolivarian Republic of Venezuela, Delcy Rodríguez and the Minister of Foreign Relations, Jorge Arreaza, held a bilateral meeting with Foreign Minister Riyad Al-Maliki, in Fort Tiuna, Caracas.

During the meeting, Foreign Minister Riyad Al-Maliki expressed his support and solidarity with President Nicolás Maduro.

“It’s a holiday. Venezuelans and Palestinians celebrate this victory equally. During these difficult times is necessary the support and unification among the peoples”, he said.

The beginnings of diplomatic relations and friendship between Venezuela and the State of Palestine go back to the year 2009.