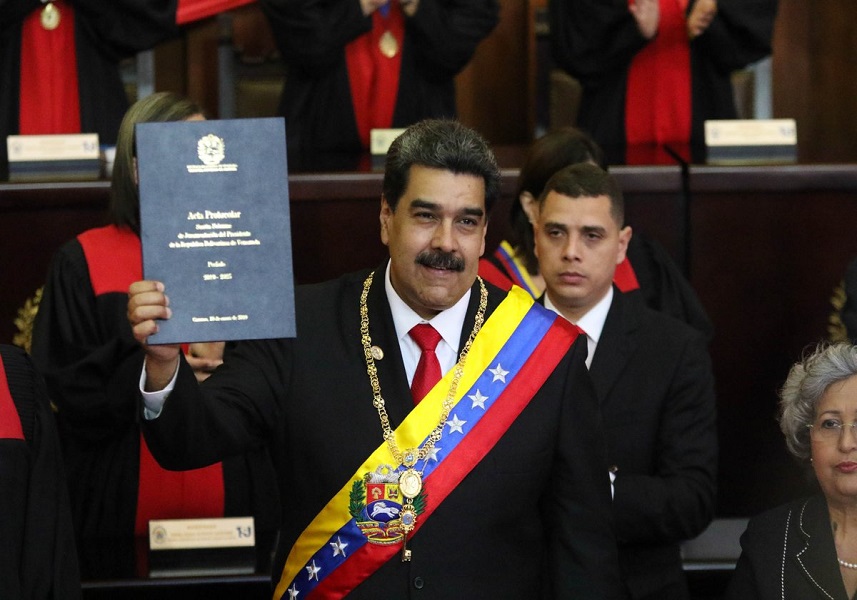 President Maduro: The power that I assume today belongs to the sovereign people of Venezuela

After taking possession of the Presidency for the new period 2019 -2025, the Venezuelan Head of State, Nicolás Maduro, addressed his speech at the headquarters of the Supreme Court of Justice (TSJ), where he stressed that the power he assumes today, belongs to the sovereign people who elected him in elections on May 20, 2018.

He also highlighted the elections held in Venezuela for 19 years, being a total of 25 elections, including a recall referendum.

“The Bolivarian and Chavez forces have collected 23 victories from the total of 25 elections in Venezuela. In the last 16 months, we have made five consecutive elections”, acknowledged the President.

On the other hand, he denounced the so-called campaign of lies about the Bolivarian Revolution.

The Driver of Victories, affirmed during his speech in the TSJ that Venezuela maintains a solid democracy, a new type according to a socialist, communal and revolutionary vision.

“Venezuela is a democracy not only in the electoral, but of a new type and in the construction of a Socialist, protagonist and participatory democracy” said the National Head of State while recalling his start as worker president, “I come from the working class, from the neighborhoods, from the humble, we are a democracy of the real people, not a democracy of elites. I am a deep democratic president, with a culture of grassroots struggle”, he said.

“The peoples of Latin America and the Caribbean have to fight for dialogue to prevail over the right-wings that want to impose themselves”, urged the National Executive, who also ratified his proposal to hold a special summit with representatives of Latin American and Caribbean governments in order to address common issues.

“We have to fight for unity over ideological intolerance. Fight against the right-wings that want to impose themselves. We are victims of this intolerance”, he said this regarding to the media and political manipulation maintained by foreign governments.

On the other hand, within the of Economic Recovery, Growth and Prosperity program , Maduro said that next Monday he will be in the National Constituent Assembly to direct new announcements on economic matters.