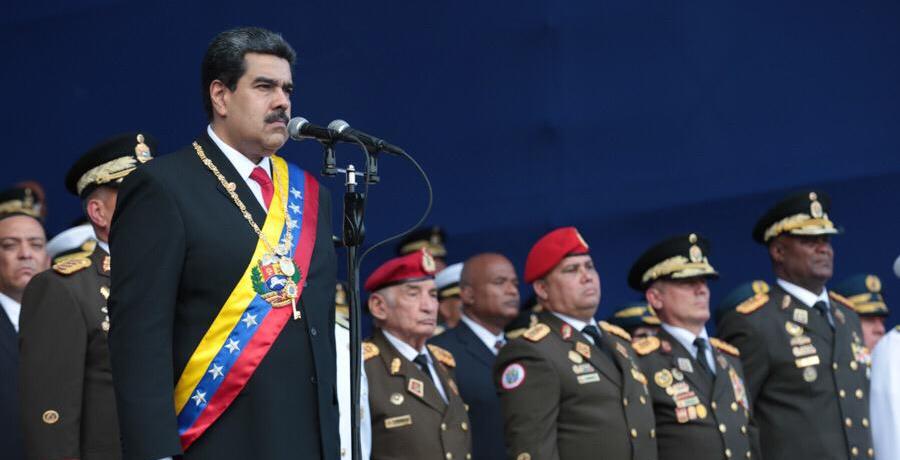 The FANB will fight in perfect civic-military union against aggressions

The Constitutional President of the Bolivarian Republic of Venezuela, Nicolás Maduro, participated this Thursday in the Act of Reaffirmation, Recognition and Oath, by the Bolivarian National Armed Forces (FANB) to his position as commander in chief of the FANB, after taking an oath as president for the period 2019-2025.

From the Courtyard of the Academies, located in Fort Tiuna, the National Head of State expressed: “This is a historical act of sovereign reaffirmation of the great Venezuela, the sovereign Venezuela, the Venezuela of the people, that besides the circumstances, the spirit for the Homeland, the moral and the conscience of our legacy, keeps growing”.

During the recognition act, the Sectorial Vice President for Sovereignty and Peace, Vladimir Padrino López, highlighted that the FANB assumes its unfailing commitment with a Bolivarian, anti-imperialist and anti-oligarchic character.

“The Bolivarian National Armed Forces ratify their unrestricted support and absolute loyalty to the citizen Nicolás Maduro as constitutional President of the Bolivarian Republic of Venezuela. In martial formation, the troops deployed in the eight REDI’s accept, without hesitation, your unique and indisputable leadership”, said Padrino Lopéz.

In the historic event, the FANB also handed over the saber of wisdom Rafael Urdaneta to the National President: “I receive it with a lot of love because I know it is an example of loyalty to the Homeland, people, Constitution and the Bolivarian Revolution”, said the Head of State.

The dignitary took an oath before the president of the Supreme Court of Justice (TSJ), Maikel Moreno, for the period 2019-2025, as established in article 231 of the constitution, before the position of contempt taken by the National Assembly since 2016.