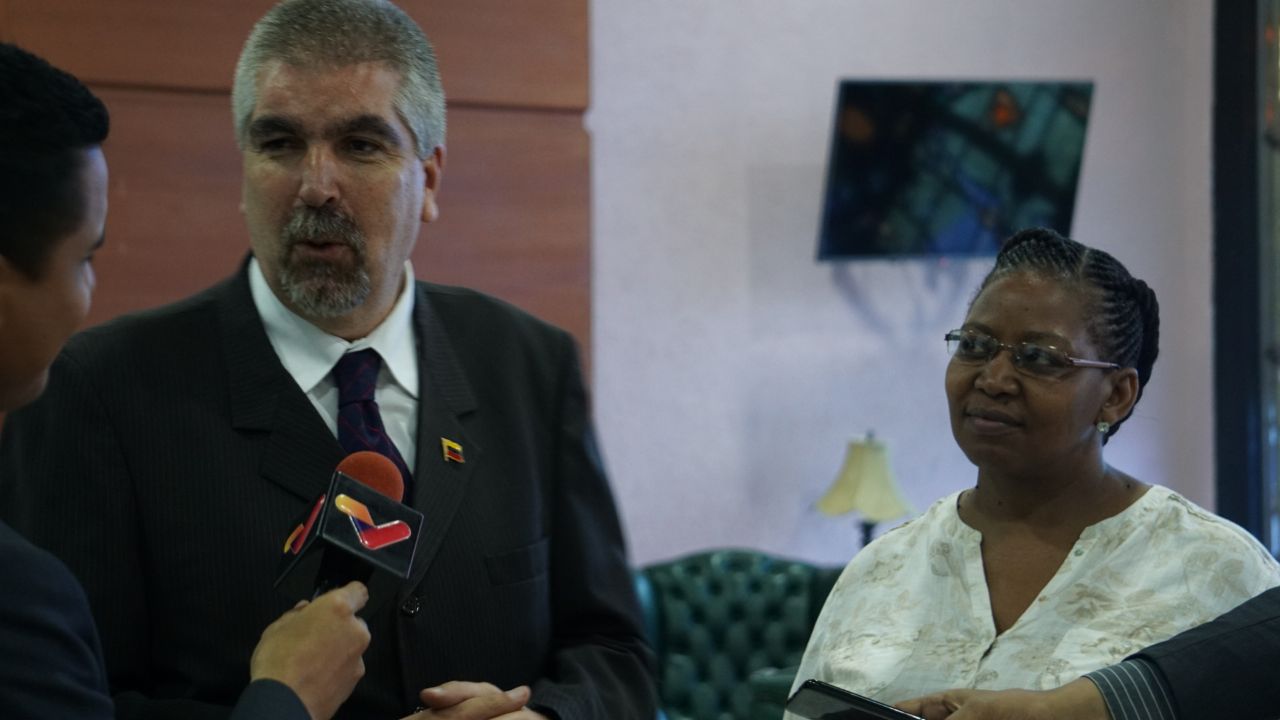 On Wednesday, during the reception of the diplomatic and government delegations, the Vice-minister for Africa of the People’s Power Ministry for Foreign Relations, Yuri Pimentel, highlighted that Venezuela currently maintains relations with most of the countries in the world.

“Currently we have the support of a broad international solidarity network that expresses its support for the inauguration of President Nicolás Maduro, in front of a minority supported by the government of the United States”, said the Vice-minister.

The statements were made during the reception of the representative of the Communist Party of Africa Grace Bothman, who arrived in Venezuelan territory to attend the inauguration of the President of the Bolivarian Republic of Venezuela, Nicolás Maduro, this January 10 at the headquarters of the Supreme Court of Justice (TSJ).

During his speech, the partisan Grace Bothman, highlighted the importance of the integrationist vision promoted by Commander Hugo Chávez, for the economic and commercial cooperation of the peoples, “it is necessary that we complement each other, in this way we will be able to face the challenges for the development”.

she also sent a message of encouragement to the Venezuelan people: “The best way to face the onslaught of imperialism is the struggle together, as brothers, it is necessary to create the conditions from the point of view of social programs to serve the most vulnerable and thus prevail”, she said.