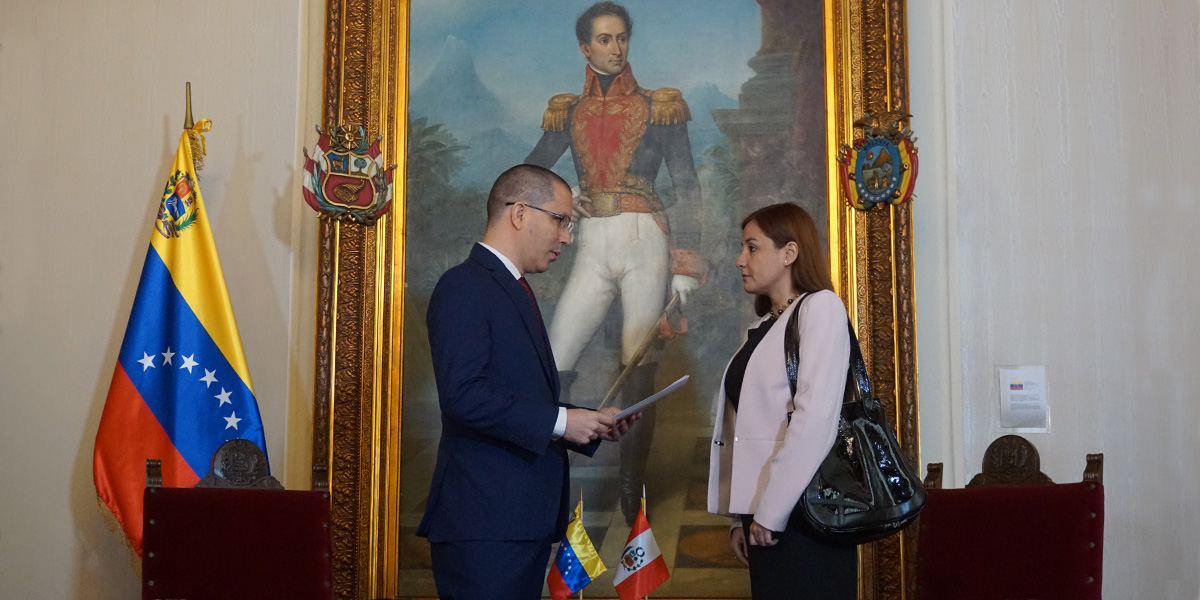 After the recent aggression by the self-called Group of Lima, reflected in the joint declaration that ratifies the decision made by the 13 countries that make up this body of not recognizing the new constitutional mandate of President Nicolás Maduro and try to ignore territory of exclusive sovereignty of Venezuela, the Foreign Minister of the Bolivarian Republic of Venezuela, Jorge Arreaza, proceeded this Wednesday to the delivery of Notes of Protest in rejection of the interference in the internal affairs of the country.

The delivery of the Notes, which took place at the headquarters of the Yellow House in Caracas, exposes the categorical repudiation of Venezuela in regard to foreign interference from countries such as Brazil, Argentina, Canada, Chile, Colombia , Costa Rica, Guatemala, Honduras, Mexico, Panama, Paraguay, Peru and Santa Lucia, whose governments also agreed to condemn the expulsion of two ships of the US oil company Exxon Mobil, which were in Venezuelan jurisdictional waters, thus incurring a flagrant violation of the sovereignty of the Caribbean nation.

The first meeting held by the Venezuelan Foreign Minister was with the charge d’affaires of the Republic of Peru, Rosa Alvarez, representative of that country which, according to the statements of their Minister of Foreign Relations, Néstor Popolizio, will prohibit the entry of Venezuelan State officials to his country.

Following, were the charge d’affaires of the Argentine Republic, Eduardo Porretti; José Wilson Moreira, from the Federative Republic of Brazil; Lori Corrivean, from Canada; Roberto Araos Sánchez, from the Republic of Chile.

The meeting was also attended by Carlos Gamboa, Minister Counselor of the Republic of Colombia, country with which Venezuela has tried to establish diplomatic communication in a constant and respectful manner despite the interventionist position assumed by Iván Duque in coordination with the Secretary of State of United States, Mike Pompeo, who seek to violate the sovereignty and self-determination of the Venezuelan people.