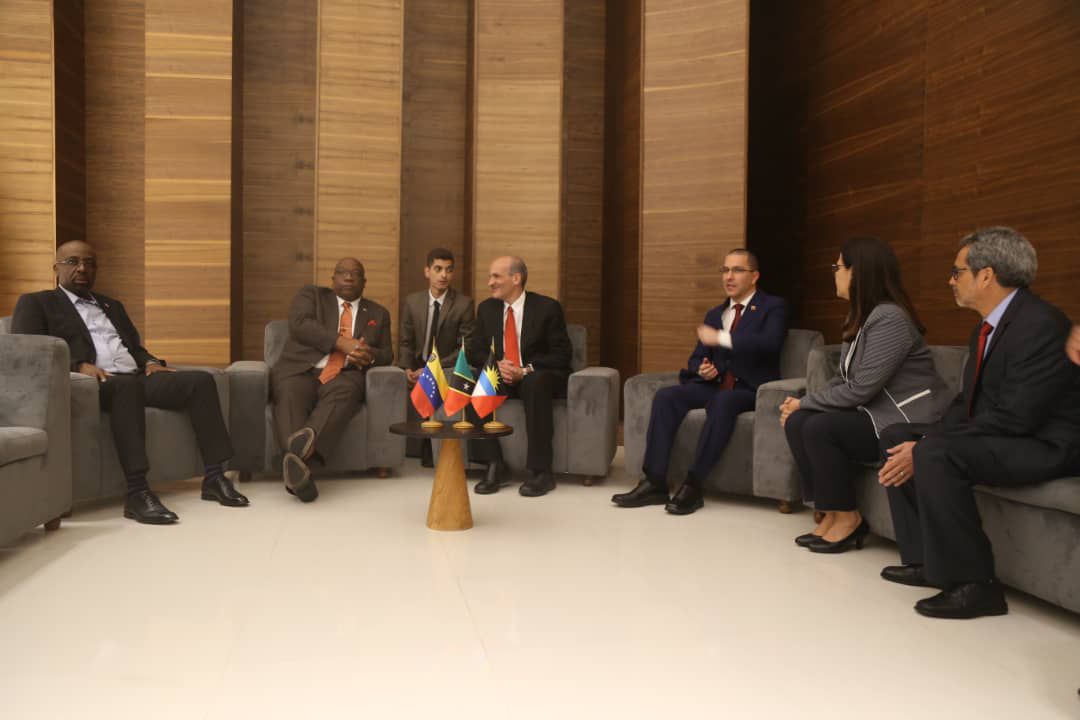 Tonight, in support of the inauguration of the new term of President Nicolás Maduro, arrived at the International Airport of Maiquetía, the Prime Minister of Saint Kitts and Nevis, Timothy Harris and the Foreign Minister of Antigua and Barbuda, Everly Paul Chet Greene.

Both delegations were received by the Foreign Minister of the Bolivarian Republic of Venezuela, Jorge Arreaza. It is necessary to highlight that on January 7, the Venezuelan Minister held working meetings with both diplomats, with the aim of keep strengthen the ties of cooperation that exist with the two Caribbean countries.

In both meetings, the bilateral agenda was evaluated and the desire to contribute to the welfare of the fraternal peoples and the strengthening with Petrocaribe and ALBA was ratified.