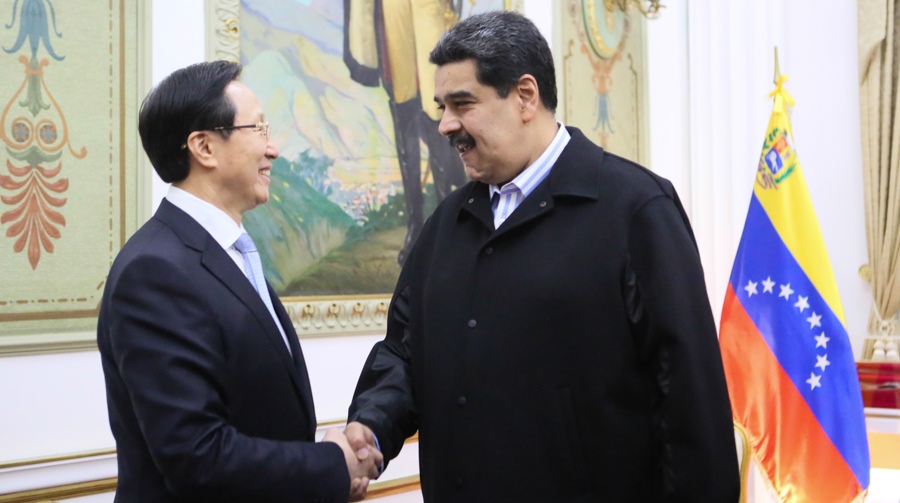 President Maduro receives the Minister of Agriculture of China in Miraflores

The President of the Bolivarian Republic of Venezuela, Nicolás Maduro Moros, received the Minister of Agriculture and Rural Affairs of the People’s Republic of China, Han Changfu, at the Miraflores Palace on Tuesday night.

The meeting is held with the aim of establishing projects that allow the strengthening of this strategic axis in the South American country.

Earlier Changfu was received by the People’s Power Minister for Agriculture and Land of Venezuela, Wilmar Castro Soteldo, as part of the work days that the Asian official will carry out in Venezuela.

It is expected that the Minister of Agriculture and Rural Affairs of the People’s Republic of China will accompany the Venezuelan Head of State to the inauguration ceremony as re-elected President; act that will be held on Thursday, January 10 before the Supreme Court of Justice (TSJ).

The governments of Venezuela and China recently signed 28 agreements of strategic cooperation, within the framework of the closing of the XVI Mixed Commission, held in Beijing, capital of the Asian giant.