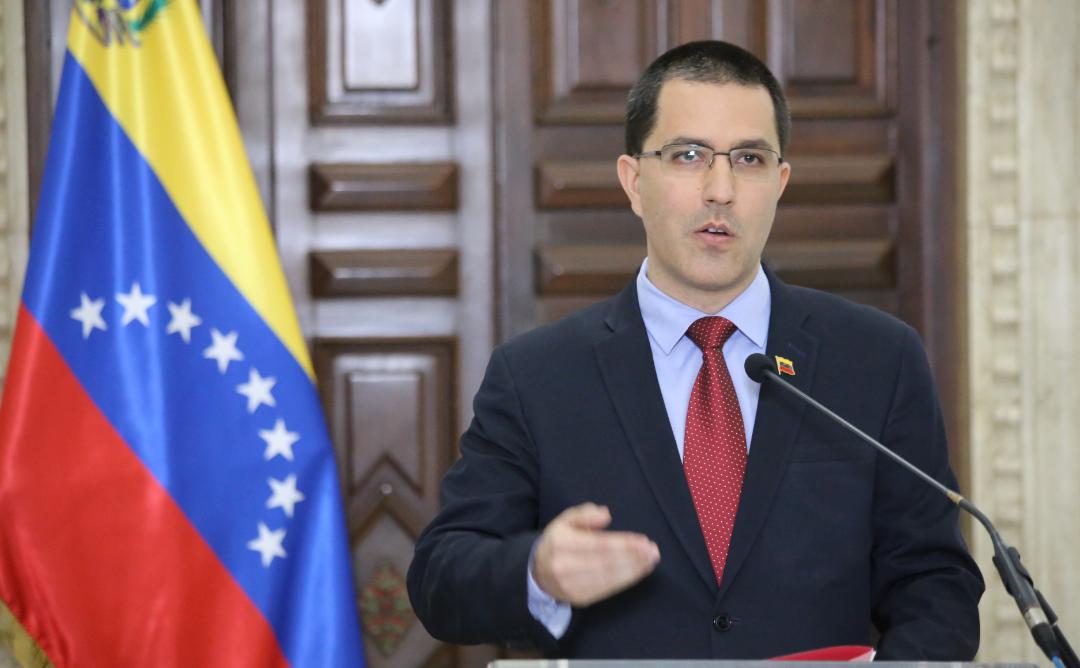 Venezuela repudiates the aggressive statements of the Grupo of Lima

The Foreign Minister of the Bolivarian Republic of Venezuela, Jorge Arreaza, on behalf of the people and the Bolivarian Government, rejected the declaration of the self-called Group of Lima, which encourages a coup in Venezuela by ignoring the electoral process held last May 20 / 2018 and, therefore, the beginning of the new presidential term of Nicolás Maduro starting this January 10.

In this regard, the Venezuelan FM explained the position of the Homeland of Bolívar through a statement which expresses “his greatest perplexity at the extravagant declaration of a group of countries of the American continent that, after receiving instructions from the United States government through of a videoconference, have agreed to encourage a coup in Venezuela, constituting an unprecedented event in the history of the region, trying to ignore both; the democratically elected government, and the legitimately constituted institutions, even pretending to modify the territorial limits of the country, attributing undisputed Venezuelan territory to a neighboring nation, intervening in a territorial dispute of exclusive bilateral scope”.

In turn, the statement highlights that “the world has witnessed how on May 20 / 2018, Venezuela held presidential elections, with broad people’s participation with the concurrence of several candidates representing an even higher number of political parties, resulting winer the nomination of Nicolás Maduro Moros, with a margin higher than 67% of validly cast votes”.

For his part, the Venezuelan diplomat said that “international conventions are those that should inspire public international law, the actions of multilateral organizations and States, however what this statement has done is to contravene the principles of peace, the principles of respect to the internal affairs of the countries and instead of preserving the democratic institutionality of Venezuela, it intends to destabilize it in order to generate undesirable conditions in the country”.

Likewise, Foreign Minister Arreaza said that the Venezuelan people are the ones who will solve the country’s internal problems without interference from imperialist powers.

“On January 10 the whole world will witness the inauguration of President Nicolás Maduro, re-elected on May 20 for the period 2019-2025 and nothing and nobody, much less imperialism as a paper tiger, can prevent that to happen”, he concluded.