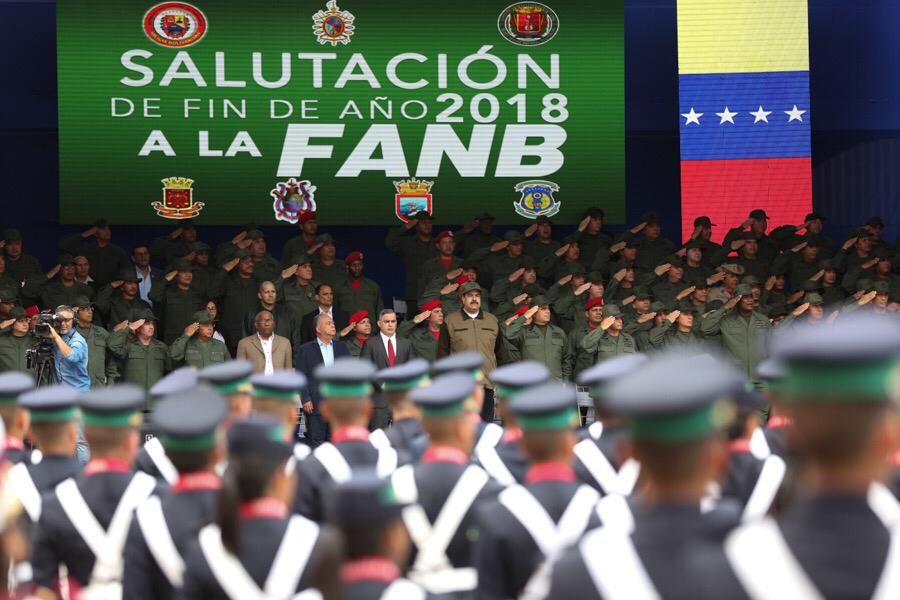 President Maduro: in the year 2018, national peace was consolidated

On Friday afternoon, the president of the Bolivarian Republic of Venezuela, Nicolás Maduro Moros, assured that in 2018, the peace of the country was consolidated, in the face of all the attacks.

“We have a country in peace, we managed to solve and consolidate the national peace in 2018, we managed to overcome all internal, external threats, all political, economic, financial aggressions”, he said during the Act of Salutation to the Bolivarian National Armed Forces (FANB), which takes place in the Patio de Honor of the People’s Power Ministry for Defense, in Caracas.

Likewise, he reiterated the denunciation of the financing that Washington carries out “to try to divide and weaken the union of the FANB and put it against the Constitution and the Venezuelan people”, increasing the investment from 40 million to 120 million dollars.

“Maximum alert against the conspiracies of treason that comes from Bogota, financed from Washington!”, Said the Chief Commander of the FANB.

The National President stressed the willingness of the FANB to defend territorial integrity and national sovereignty and independence.