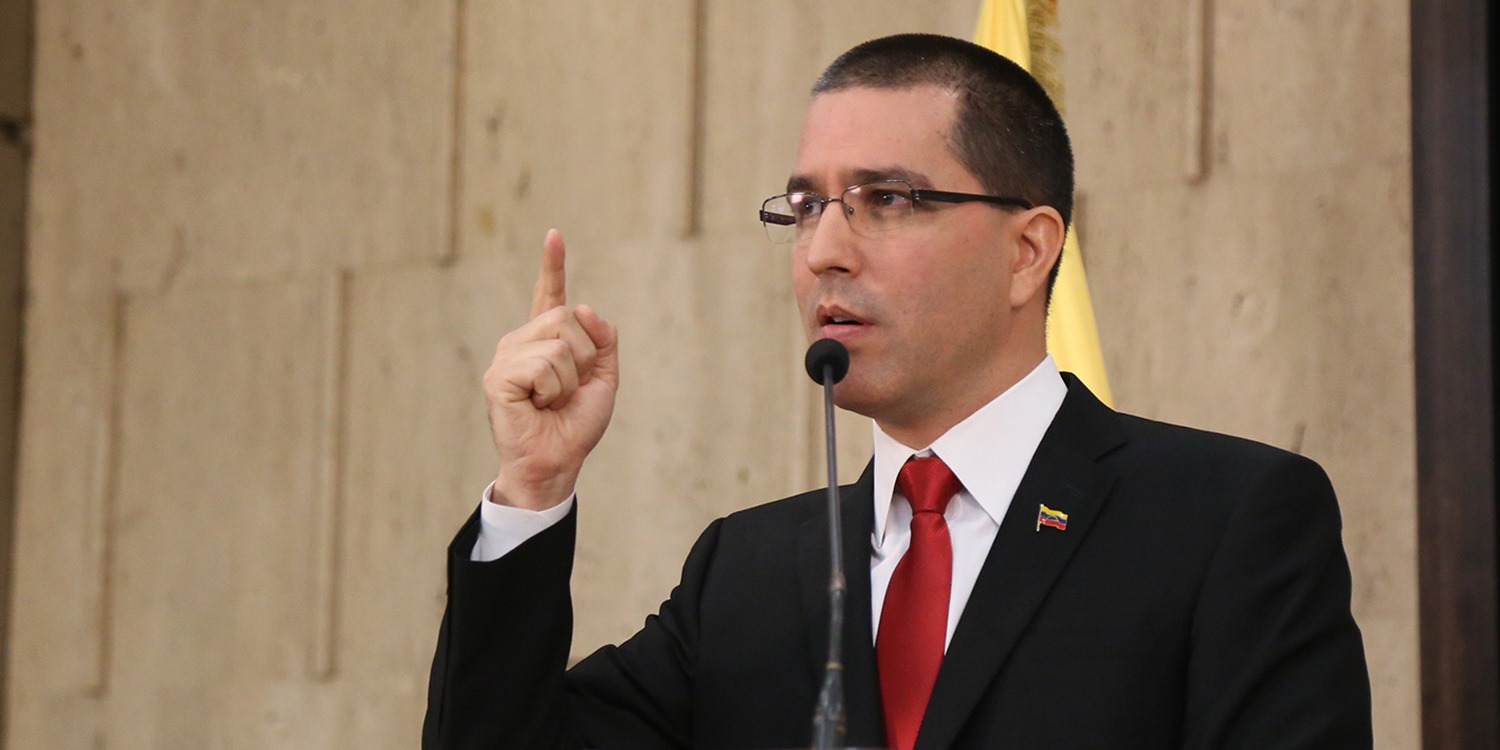 Venezuela blames Colombia for the current state of their bilateral relations

The Foreign Minister of the Bolivarian Republic of Venezuela, Jorge Arreaza, blamed the Government of the Republic of Colombia for the “unfortunate” current state of bilateral relations, which worsened on Thursday following the expulsion of a Venezuelan diplomat from the New Granada country triggering a reciprocal response in Caracas.

“Venezuela rejects such a cynical statement of the government of Ivan Duque, through the Ministry of Foreign Affairs of Colombia yesterday, with which he intends to divert his responsibility in the current lamentable state of bilateral diplomatic relations”, the diplomat said in his account. on Twitter @jaarreaza, where he released the statement with which the Venezuelan Foreign Ministry responded to Bogotá.

In the official text, the Government of Venezuela emphasized that “Colombian authorities are well aware that the expulsion of the designated General Consul Juan Carlos Pérez Villamizar was reciprocated by the arbitrary measure of kidnapping and expulsion against the Venezuelan official Carlos Manuel Pino García. Also, the aforementioned official, without having received the Exequatur by the Venezuelan Foreign Ministry as required by the Vienna Convention, was performing functions illegally in our country”.

The Venezuelan Executive also denounced that his diplomatic and consular missions have been subjected to a “brutal” economic-financial blockade by Colombian banks, in violation of the Vienna Convention, fact that has been repeatedly protested before the Foreign Ministry of Colombia.

“In the meantime this anti-diplomatic situation is prolonged, our diplomats and our missions can not fulfill the mandatory compliance responsibilities acquired with their suppliers or tenants, seriously affecting their tranquility for the proper exercise of their work aimed at providing assistance to Venezuelans living in the neighboring country”, adds the statement from the People’s Power Ministry for Foreign Relations.

In this regard, through his official Twitter account @jaarreaza, the Foreign Minister denounced that the government of Colombia has blocked the bank accounts of the Venezuelan diplomatic missions. Measures that violate the Vienna Conventions on diplomatic and consular relations.

Migration Colombia announced on Thursday the expulsion of thte Venezuelan official Carlos Manuel Pino, in an arbitrary action that generated a reciprocal measure in Caracas with the Colombian consul Juan Carlos Pérez Villamizar.