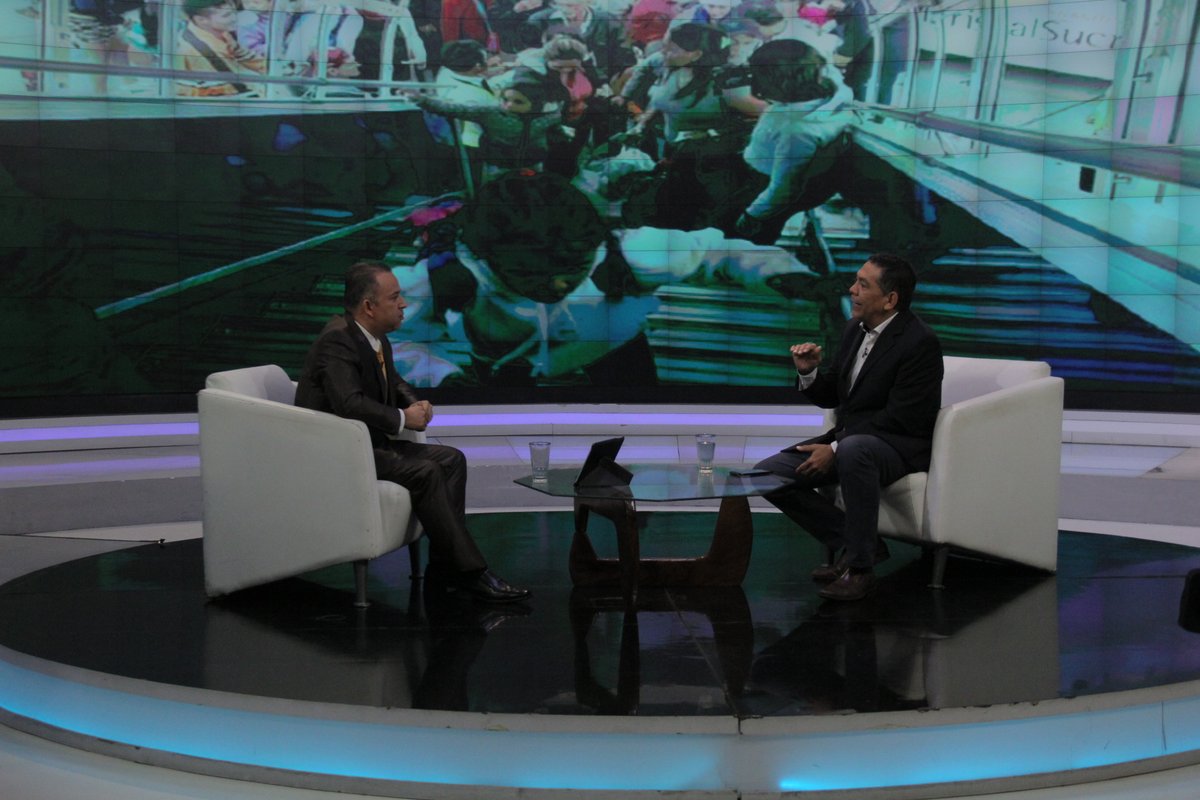 The Vice-minister of International Communication of the People’s Power Ministry for Foreign Relations, William Castillo, denounced on Saturday the factors that have stimulated the atypical migration of Venezuelan citizens, thousands of whom have returned to the Bolivarian Republic of Venezuela through the Plan Vuelta a la Patria.

In a special program of the Venezuelan state television, the Vice-minister explained that the migration situation is due to several circumstances, mainly to the construction of a file of an alleged “humanitarian crisis” which ultimate goal would be the intervention of the oil country.

“A campaign is being built to stimulate the Venezuelan migratory flow. Media campaigns have been mounted to stimulate migration and there is a human trafficking business that also influences the conditions of our migrants”, he said. These elements are accompained by the current economic conditions as a result of the abrupt fall in the price of oil and the policy of unilateral coercive measures imposed on the nation from Washington.

He recalled, in this context, that Venezuela has historically been a country that receives migration and does not emit migrants.

“If we add, Venezuela can say that its current population is constituted, approximately, of a third of citizens of another origin. There is no country in Latin America that has such a pattern on migrants reception”, he added.

The Vice-minister of International Communication also reiterated that the Bolivarian Republic has hosted over the last decades about 6 million Colombians, about 500 thousand Peruvian citizens and another 500 thousand Ecuadorians, approximately.

At the same time, he reproached the opportunism of the Colombian State,  based on the situation of a group of Venezuelan migrants, and stressed that Venezuela has never requested resources from the international system under the pretext of serving migrants from other countries.

Vice-minister Castillo also made reference to the Plan Vuelta a la Patria, an unpublished repatriation program conceived by President Nicolás Maduro, through which a total of 600 Venezuelans return from the Republic of Peru and the Republic of Ecuador.

In this regard, he emphasized that this strategy has allowed to document the serious cases of xenophobia and labor exploitation that most of the nationals have denounced.

From its beginnings at the end of August, the Plan Vuelta a la Patria has facilitated the return to the country of 11,222 Venezuelans from different nations of the region.