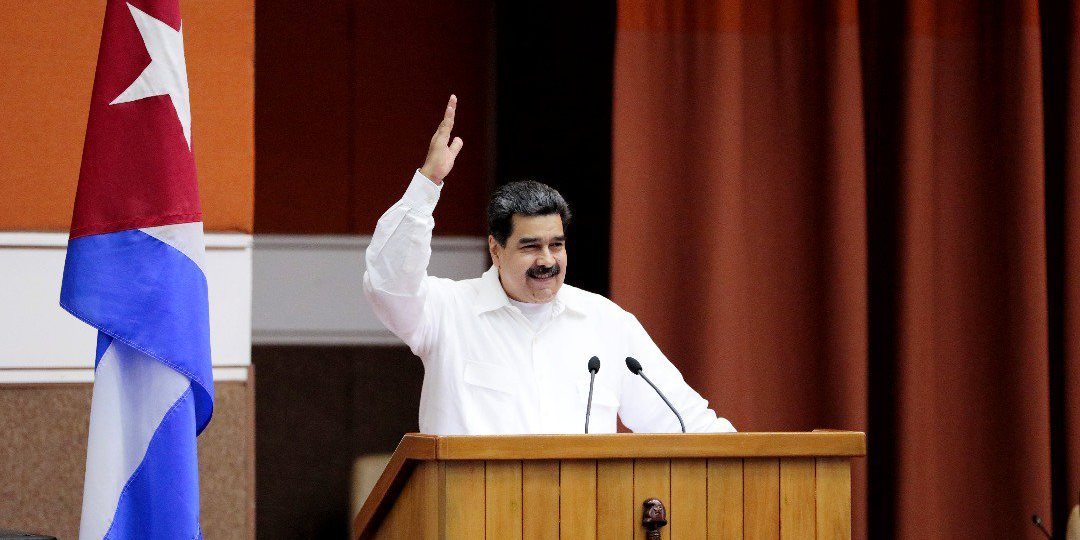 President Maduro thanks solidarity and support from ALBA-TCP to Venezuela

The President of the Bolivarian Republic of Venezuela, Nicolás Maduro Moros, thanked the solidarity of the Bolivarian Alliance for the Peoples of Our America – People’s Commerce Treaty (ALBA-TCP) with the South American country, ratified this Friday during the XVI Summit of Heads of State and Government of the organization, held in Havana.

“I thank the governments and peoples of ALBA-TCP, for the solidarity, courage and understanding with the Bolivarian Revolution during these months of intense battle, in defense of our right to be happy”, the dignitary said through his Twitter account @NicolasMaduro .

The States parties of the ALBA-TCP reiterated this Friday their support and recognition for President Nicolás Maduro, to whom they predict successes of his management at the head of the Bolivarian Republic of Venezuela from the inauguration on January 10th.

“We highlight the resistance of the Venezuelan Government and people to external interference, unilateral coercive measures and constant media manipulation against their country”, emphasizes the Final Declaration of the XVI Summit of the body.

The ALBA-TCPC countries also expressed their concern for the aggressions and actions against regional peace and security, especially the threats of use of the forces against the Bolivarian Republic of Venezuela, which undermine the proclamation of Latin America and the Caribbean as Zone of Peace, signed by the Heads of State and Government in the II Summit of the Celac, held in Havana, on January 28 and 29, 2014.