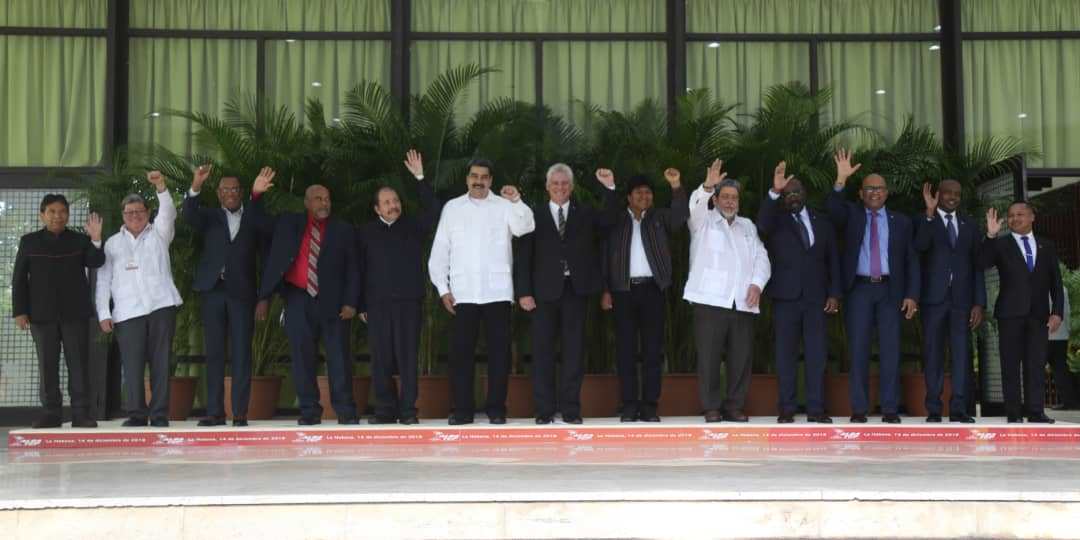 Declaration of the XVI ALBA-TCP Summit held in Havana

Under the slogan “In defense of Latin America and the Caribbean as a Zone of Peace”, the Republic of Cuba hosted on Friday the XVI Summit of Heads of State and Government of the Bolivarian Alliance for the Peoples of Our America – People’s Commerce Treaty (ALBA-TCP), in the framework of the XIV Anniversary of the organism.

At the end of the day of deliberations, in the evening hours, the final Declaration of the meeting was issued, which, among other matters of regional interest, ratifies the support and recognition of the coalition to President Nicolás Maduro Moros, to whom they augur the success of his management at the head of the Bolivarian Republic of Venezuela from the inauguration of next January 10.

Next, the entire Declaration: