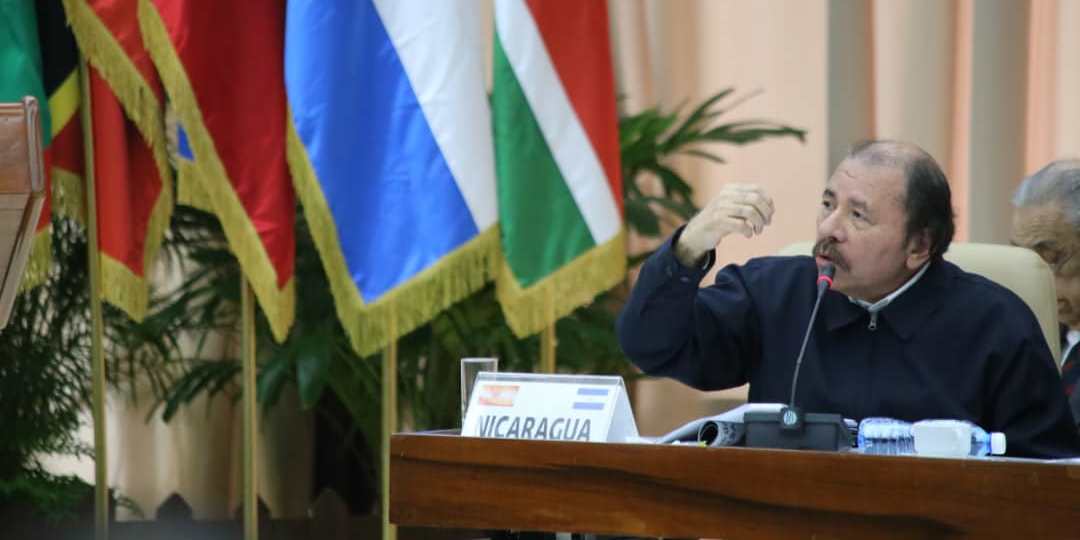 The interventionist policy maintained by the United States government over the Bolivarian Republic of Venezuela violates the most elementary principles of international law, the president of the Republic of Nicaragua, Daniel Ortega, stressed Friday.

In his speech during the XVI Summit of Heads of State and Government of the Bolivarian Alliance for the Peoples of Our America-Treaty of Commerce of the Peoples (ALBA-TCP), held in the Havana on the occasion of the 14th anniversary of the organism, the Nicaraguan president said that all the actions and attacks that are carried out in the world by “the American power” and “other European powers” have no legal support.

“Those are war crimes. And when they launch attacks in times like these against peoples and nations like Venezuela, they launch an openly interventionist policy; what we see is an action, an attitude of arrogance and disrespect for international law on the part of a power that can not coexist with international law”, he added.

In the same sense, President Ortega denounced that the policy of the US Government violates, also, resolutions of the Security Council of the United Nations Organization (UN).

“They don’t want to understand that the world entered a process of multipolar change, they still believe that the world is unipolar and that they are the owners and masters of the planet. Multilateralism is already a reality and has a tendency to strengthen. The ALBA is an expression of multilateralism, a struggle for life, for peace”, he said.

The Nicaraguan dignitary called for the regional bloc to join forces for the welfare of the people in a moment of “intense struggle” and “deep changes”.